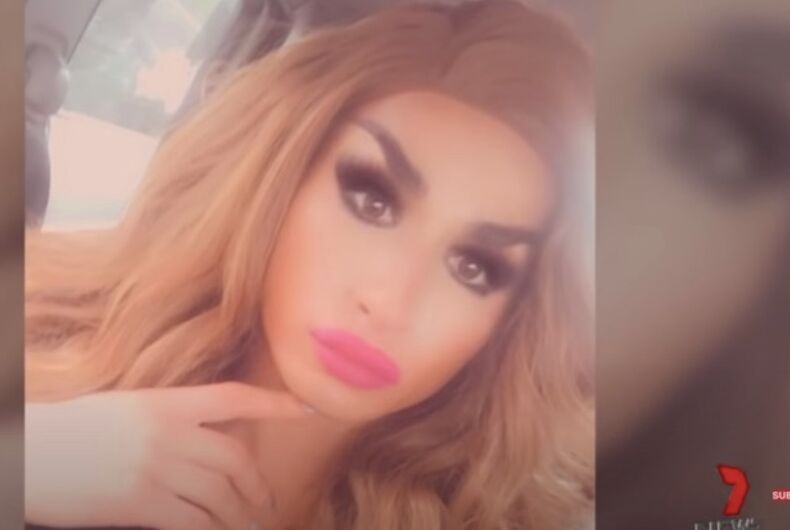 A 61-year-old constable named Mark Follington is on trial for allegedly falsifying records connected to his violent May 2019 arrest of 25-year-old transgender woman Anya Bradford.

Follington recently admitted in court that he suspected Bradford might have an arrest warrant because she didn’t make eye contact with him as she sat in the game lounge of the Railway Hotel in Liverpool, South Sydney, Australia.

Related: One month after a trans prisoner died, the jail still hasn’t told her family what happened

Bradford didn’t have any warrants out for her arrest. She was, however, running late for a meeting with her parole officer. When she tried to leave the lounge, Follington stopped her and demanded to see her identification.

Follington claimed that Bradford told him to “f*ck off,” something she called “unlikely.” She told the officers that she didn’t have her ID and said she had a meeting to get to. When Follington and his fellow patrolman continued questioning her, she ran away.

As the police chased and cornered her, she began kicking to fend them off. Follington said she kicked him twice in the groin. She then tried to board an elevator to escape, but they pulled her out. Trying to restrain her, she said the officers lifted her and slammed her against an ATM machine. She also said they pressed a stun gun into her neck, knocking her head against the wall before pepper-spraying and punching her later on. Then they handcuffed her.

“The larger officer picked me up by the handcuffs, like I was on a leash, like I was a dog, then he dragged me out… laughing,” Bradford said when recounting the arrest to a judge, according to the Star Observer.

Her wig fell off during the attack. Bradford told the court that the arresting officers disparagingly referred to her as “it.”

Although authorities later dropped all charges against Bradford, Follington now stands accused of falsifying his arrest records. He claimed, for instance, that Bradford had pushed him before running out of the gaming lounge, but surveillance video from the arrest showed it never happened. He has denied deliberately falsifying the records and claimed he simply misremembered the chaotic incident.

Bradford’s experience points to a larger problem of transphobia in policing though. An April 2015 study published in SAGE Open journal showed that most transgender Australians reported discrimination from the police. Anti-trans stereotypes may influence officers to act more aggressively towards trans people, the study concluded.