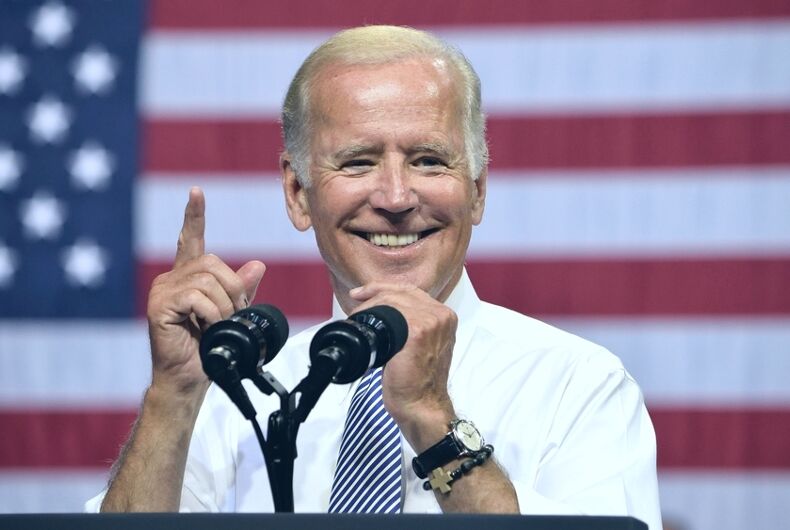 The Department of Justice has withdrawn support from a hate group’s anti-transgender lawsuit now that Joe Biden is president.

“The government has reconsidered the matter,” said Connecticut U.S. Attorney John Durham in a document withdrawing a statement of interest in the lawsuit filed under the Trump administration.

Related: Lawyers wants a judge to recuse himself because he won’t refer to transgender women as “males”

The lawsuit was filed by the families of three cisgender students in Connecticut with help from the Southern Poverty Law Center designated hate group Alliance Defending Freedom (ADF).

The lawsuit alleged that the state’s athletic governing body – the Connecticut Interscholastic Athletic Conference (CIAC) – was violating Title IX’s ban on discrimination “on the basis of sex” in education by allowing transgender girls to compete in sports.

Their complaint repeatedly referred to transgender girls as males, a move the judge called “needlessly provocative.” And the ADF asked the judge to recuse himself because he refused to misgender trans girls.

The statement echoed the ADF’s language in referring to transgender girls as “biological males,” saying that CIAC’s pro-equality policy “deprives those [cisgender] women of the single-sex athletic competitions that are one of the marquee accomplishments of Title IX.”

The CIAC said that their policy on allowing trans girls to play sports is in-line with Title IX, because discriminating against transgender people is a form of discrimination “on the basis of sex.” The Biden administration agrees with this position and Biden even signed an executive order to that effect on his first day in office.

Last year, the Office for Civil Rights at the Department of Education also sent letters to schools in Connecticut threatening federal funding if they allowed transgender girls to compete in sports.

But earlier this week, the AP reports, that same office issued a notification saying that it was withdrawing those letters “as well as the underlying findings and determinations.”

Connecticut Attorney General William Tong said in a statement that he supports the Biden administration’s withdrawal of those letters and the statement of interest.

“Transgender girls are girls and every woman and girl deserves protection against discrimination. Period,” he said in a statement.

5.6% of American adults say they are LGBTQ. Over half identify as bisexual.