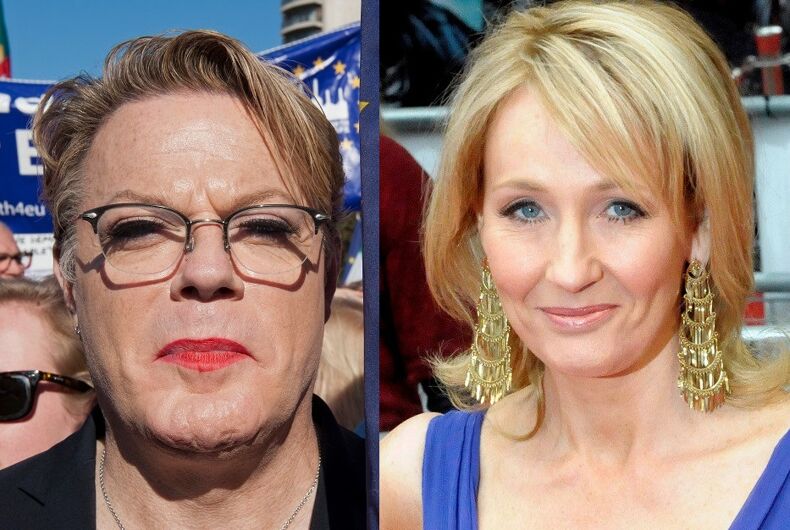 Speaking with the Daily Telegraph, Izzard said, “I don’t think J.K. Rowling is transphobic…. I think we need to look at the things she has written about in her blog.”

“Women have been through such hell over history,” she said in the interview. “Trans people have been invisible, too.”

“I hate the idea we are fighting between ourselves, but it’s not going to be sorted with the wave of a wand,” Izzard said of the Harry Potter author. “I don’t have all the answers. If people disagree with me, fine – but why are we going through hell on this?”

That same year, she joked on Twitter that she does not wear women’s clothes because “they’re my clothes. I bought them.”