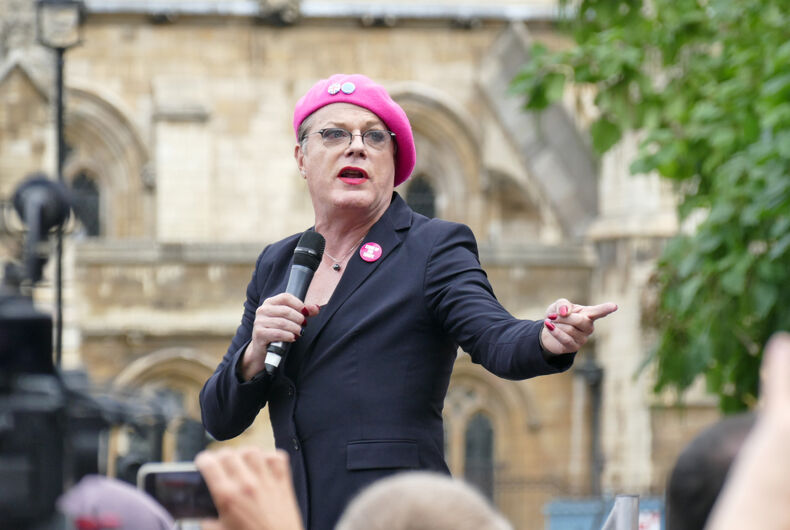 It is beginning to appear more and more likely that British comedian and activist Eddie Izzard will follow Senator Al Franken’s lead and retire from comedy to pursue higher office. Franken, a former Saturday Night Live cast member, was elected to the Senate in 2009.

Izzard, who came out as trans and used his crossdressing for years as part of his comedy act in a self-deprecating manner that often skewered conservative politicians, has hinted before at political ambition, but now he’s taken it one step further. In a lengthy profile in the Guardian, Izzard says he will run for Parliament as a member of the Labour party.

“The plan was always to run in 2020, though Theresa May has changed that with her failed power grab. So now it’s the first general election after 2020,” Izzard told the newspaper.

Asked if he would quit his comedy and television career, Izzard, who uses male pronouns, was quick to reply.

“I would. It’s like [actress turned politician] Glenda Jackson; she gave up acting for 25 years to concentrate on it, then she turns up back as King Lear.”

Izzard credits coming out as a transvestite (a popular term at the time) for his willingness to pursue his dreams and his determination to make the world a better place.

“You think, if I can do something that hard, but positive – maybe I can do anything.”

Edie Windsor, the mother of marriage equality, has died