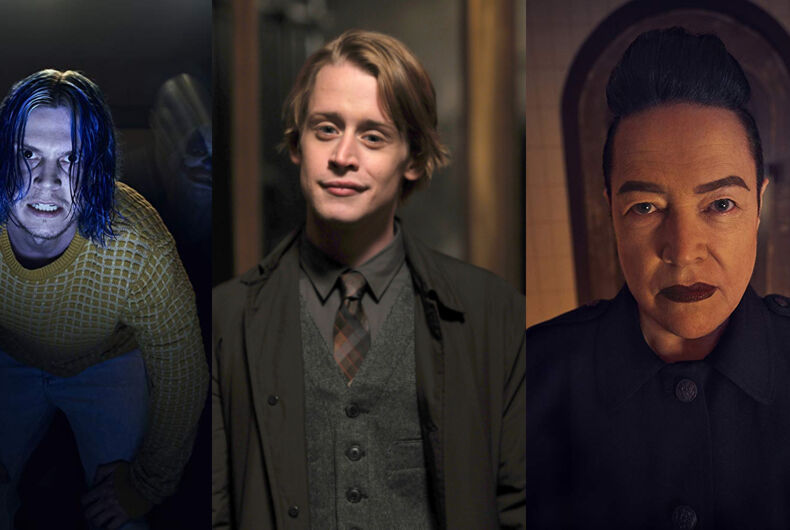 The LGBTQ mecca Provincetown, Massachusetts, will be the filming location for producer Ryan Murphy’s next television venture. Actors including Kathy Bates and Macauley Culkin are due to arrive there within weeks.

The project is officially known as Pilgrim, but is widely thought to be the 10th season of Murphy’s “American Horror Story” anthology series. Primary cast members were announced and plans were underway to start filming last year when the project was pushed back due to the COVID-19 pandemic.

The project moved closer to filming this week when the town’s select board voted unanimously to give Murphy and 20th Century Fox permission to use up to 19 locations in town, including Commercial Street and the iconic Pilgrim Monument.

The production represents an economic boost for the town at the tip of Cape Cod, a longtime fishing village turned popular destination for LGBTQ vacationers and second-home owners.

Although specifics related to the filming still have to be finalized with interim town manager Charlie Sumner, the production will have a crew of about 100 people. Filming is expected to take place between February 1 and March 6, according to the Provincetown Banner.

Murphy, who is out and also known as the creator of Glee, Pose, and Nip/Tuck, has a home in Provincetown. He released a YouTube video last year indicating that American Horror Story Season 10 was in the works, with somber shots of waves rolling on the beach and gay crooner Orville Peck singing “Dead of Night.”

In November, Murphy released a poster on Instagram that shows a screaming mouth with painted red lips, pointed teeth, and a tattooed tongue with the message “AHS10 FX.” The red-lipped mouth echoes poster images for previous American Horror Story seasons, including “Coven,” “Freak Show,” “Hotel” and “1984.”

It’s unclear whether “Ptown,” as it’s known, will play itself in the series or serve as the backdrop for a generic New England beach town where horrible things happen. The beach town was a major historical part of colonial America before becoming known as an LGBTQ-friendly haven.

The approved filming locations include more than a few sites familiar to Provincetown visitors and very much linked to the town — including Bradford Street, the West End breakwater, and the town cemetery.

Other than the name “Pilgrim” and the location requests, “they haven’t given us any more definition on the nature of the film,” Sumner told the Select Board at its January 11 meeting.

Other hints about the show according to reports are scene descriptions including “a Jeep driving along Route 6 and coming across a dead deer” and “simulated gunfire in a cul-de-sac.”

Based on the information and graphics released so far, fans are already speculating about what Season 10 of American Horror Story will be about, with guesses ranging from mermaids to aliens to a JAWS tie-in. The new season is expected to air on FX as early as this fall.

White House claims Donald Trump is “the most masculine” president ever