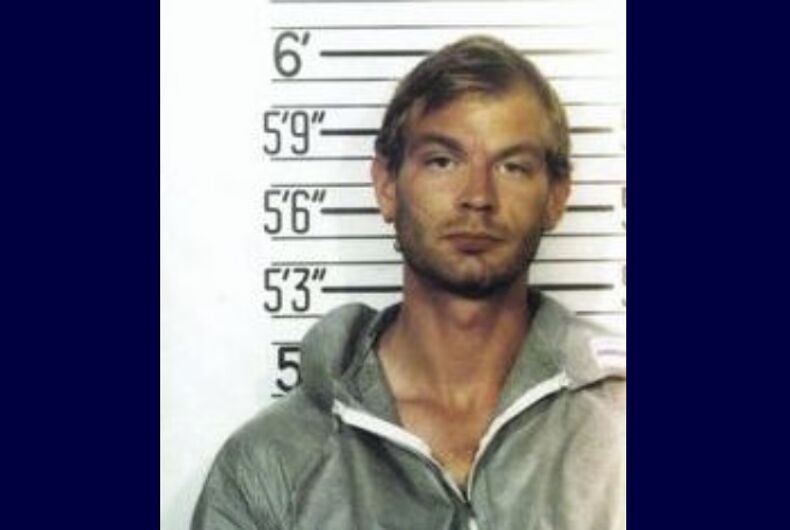 Netflix has given the green light to a Ryan Murphy and Ian Brennan miniseries about gay serial killer and rapist Jeffrey Dahmer. Janet Mock is reportedly involved.

Monster: The Jeffrey Dahmer Story will tell the story of the man who drugged, murdered, desecrated, and even ate 17 boys and men in the 1970s, 80s, and 90s, but from the point of view of his victims.

Related: TV writer Ryan Murphy says his dad ‘beat me bloody with a belt’ when he came out

The series will show ten instances in which Dahmer was almost caught to demonstrate how he benefited from white privilege as “a clean-cut, good-looking white guy” who “was repeatedly given a free pass by cops as well as by judges who were lenient when he had been charged with petty crimes.” The show will not focus so much on the gory details of his murder.

Janet Mock, who has worked on the FX series Pose with Ryan Murphy, will be writing and directing several episodes of the new series, which is expected to begin production in January.

Dahmer was born in 1960 and killed his first victim when he was 18-years-old when he bludgeoned a hitchhiker to death, dissected his body, used acid to dissolve his flesh and flush it down the toilet, and then broke up his bones with a sledgehammer and buried them in the forest.

He would go on to attack more boys and men – many people of color and some as young as 14-years-old – dismembering and preserving body parts.

Murphy and Brennan have not cast the role of Dahmer yet and are also looking for someone to play Dahmer’s neighbor Glenda Cleveland, who saw an underage boy fleeing from Dahmer’s house, Deadline reports. Police refused to take action against Dahmer, believing him when he said the boy was an adult and was just a lover.

Cleveland, who is Black, said that she called the police and even the FBI multiple times to get them to investigate Dahmer. Five of Dahmer’s murders occurred after she tried to alert police and she has said she believes that authorities didn’t listen to her because of racism.

Rashad Johnson of the anti-racist organization Color of Change has been brought on as a supervising producer.

Out Colorado governor will pardon thousands convicted of marijuana charges