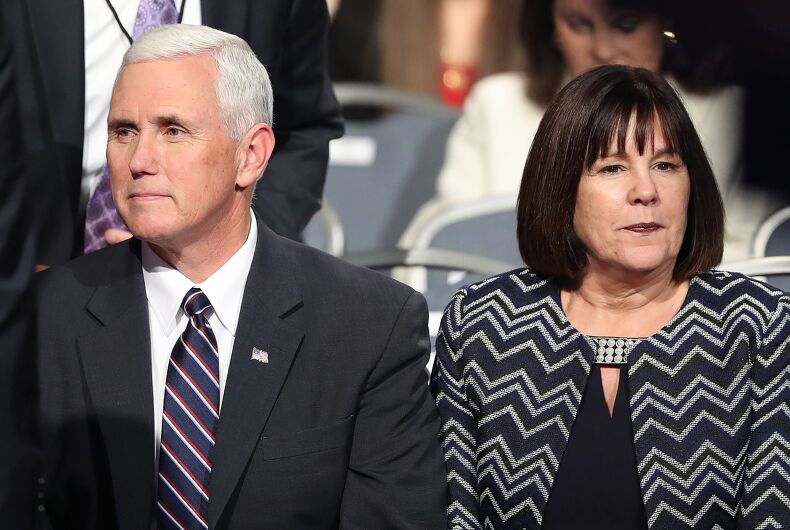 Mike Pence is reportedly homeless after leaving the vice presidency days after members of his own party stormed the Capitol and called for his execution. The insurrectionist mob was inspired by Pence’s former boss, then-President Donald Trump.

According to sources who spoke with Business Insider, Mike and Karen Pence don’t actually own a home and didn’t have living arrangements ready for when they left the U.S. Naval Observatory in D.C., the traditional residence of the vice president. Since they’re from Indiana and know people there, they’re reportedly couchsurfing in the state for a while.

One source said that the Pences have spent some time in a cabin that the governor of Indiana – Pence’s old job – uses as a retreat. Current Indiana Gov. Eric Holcomb (R), Pence’s former lieutenant governor, would have to give the couple permission to stay at the place.

The sources said that the Pences aren’t making their current location publicly known because they have been receiving death threats in the weeks following the MAGA riots, where Trump supporters stormed the Capitol in an attempt to overturn the results of the 2020 presidential election. The riot left five people dead in its wake.

The angry conservatives and white nationalists had just left a rally where Trump spoke and told them, “You’ll never take back our country with weakness.”

Just before the mob made it into the Capitol, Pence was presiding over the ceremony where Congress officially accepts each states’ electoral votes in the presidential election. The rioters were trying to stop him, chanting “Hang Mike Pence.” They even erected a noose outside the Capitol that they were presumably planning to use to kill Pence.

The rioters got pretty close to Pence inside the Capitol before the Secret Service whisked him away to a secure location.

Pence may still have some hard feelings towards Trump since the attempted homicide, and Trump is reportedly mad that Pence didn’t use his ceremonial role to try to overturn the 2020 election and install him as president for another four years.