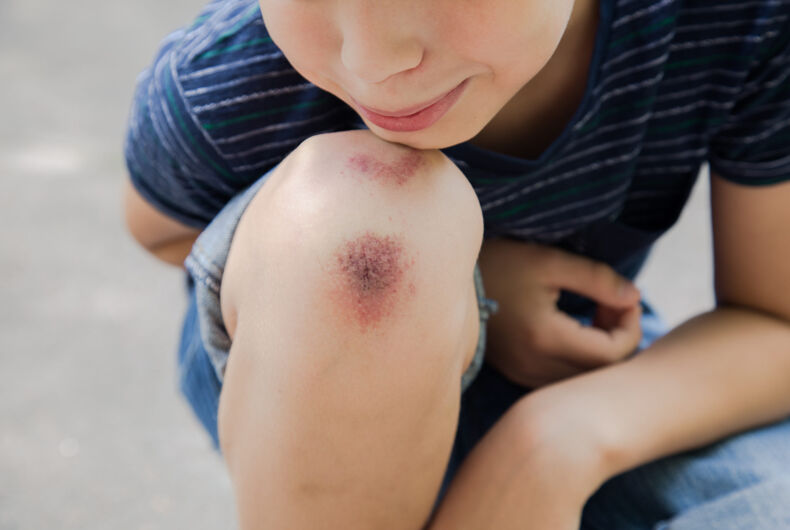 A 17 year old teen was the victim of a brutal anti-LGBTQ assault earlier this month. The unidentified teen was walking in a park in the evening of December 12, when three other individuals took notice.

The three individuals then started threw cans at the teen. Meanwhile, they yelled anti-LGBTQ slurs.

Related: Man punches teen in the face on a bus while shouting “I hate gay people”

The attack took place in the Melrose area of the Bronx in New York City. The teen was walking through the Melrose Playground, a short distance from Yankee Stadium, at around 9:00 P.M.

A police spokesperson told local newspaper Gay City News that the assailants demanded that the teen remove their wig. When they didn’t, the abusive language escalated.

“Hey faggot, take off your fucking wig… you faggots don’t belong on this block,” they said, according to the spokesperson.

But the slurs weren’t enough for the three individuals. They began throwing cans of food at the teen. That caused the unidentified teen to suffer a torn knee ligament.

Even then, the assailants kept calling the teen a “faggot” before leaving them in pain.

New York state Assemblymember to the Bronx Victor Pichardo said in a tweet, “This cruelty & violence shown to our Bronx LGBTQ brothers & sisters is abhorrent. Hate should have no place in the BX.”

Based on surveillance footage, police believe one of the three unidentified individuals accused of carrying out the attack was last seen wearing a red sweatshirt, while the other two were donning black sweatshirts.

The NYPD are investigating the incident as a hate crime and ask for the public’s assistance in apprehending the attackers. They have yet to identify or arrest any suspects.

2020 was the worst year for LGBTQ rights in Europe. But activists are ready to fight back.