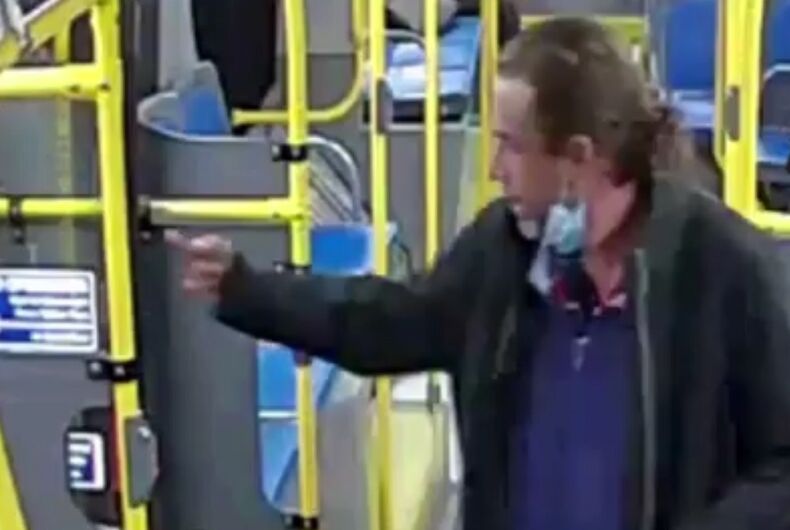 Police are searching for this man in connection to a possible hate crimePhoto: Screenshot/via NYPD

Police in New York City are seeking a man they believe punched a teenager in the face while shouting anti-gay statements on a bus last month.

The attack allegedly occurred on the M23 bus in Chelsea on November 23. The 19-year-old victim said that he was riding the bus when an older man that he does not know approached him and started harassing him.

“You have long hair. I don’t like people like you,” the man allegedly said, his facemask lowered to expose his mouth and nose. The suspect, in video provided by the NYPD, appears to have his hair tied up.

The unknown man then turned to leave the bus and punched the teenager in the head as he was leaving, witnesses said.

The NYPD is asking for help in tracking down the man in the video. Anyone with information is encouraged to call Crime Stoppers at 1-800-577-8477.