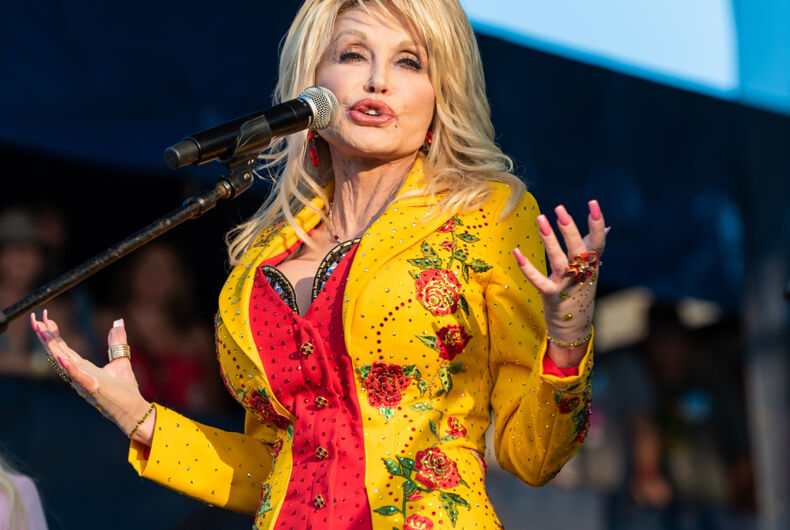 During an appearance on The Late Show, former President Barack Obama told host Stephen Colbert that his failure to give country music singer and LGBTQ icon the Presidential Medal of Freedom was a “screw up” and that he would “call Biden” to fix it.

Parton recently made news when it was revealed that she gave a million dollars to help fund research behind one of the vaccines for the coronavirus. The potential vaccine has so far proven successful and could start being widely distributed by next month.

Appearing to promote his new book, A Promised Land, Obama acknowledged that Parton was an American treasure who should be honored.

“That’s a mistake. I’m shocked,” Obama admitted after Colbert asked why he had snubbed the singer.

“Looking back at your eight years, do you realize that’s the mistake you made?” Colbert asked with a laugh.

“I’m surprised. I think I assumed that she had already gotten one, and that was incorrect.”

“She deserves one. I’ll call Biden.”

“My longtime friend Dr. Naji Abumrad, who’s been involved in research at Vanderbilt for many years, informed me that they were making some exciting advancements towards research of the coronavirus for a cure,” Parton tweeted in April.

“I am making a donation of $1 million to Vanderbilt towards that research and to encourage people that can afford it to make donations.”

Moderna announced last month that their vaccine was 94.5% effective in preventing transmission and credited Parton in a report, saying the research was supported by the “Dolly Parton COVID-19 Research Fund (Vanderbilt University Medical Center).”