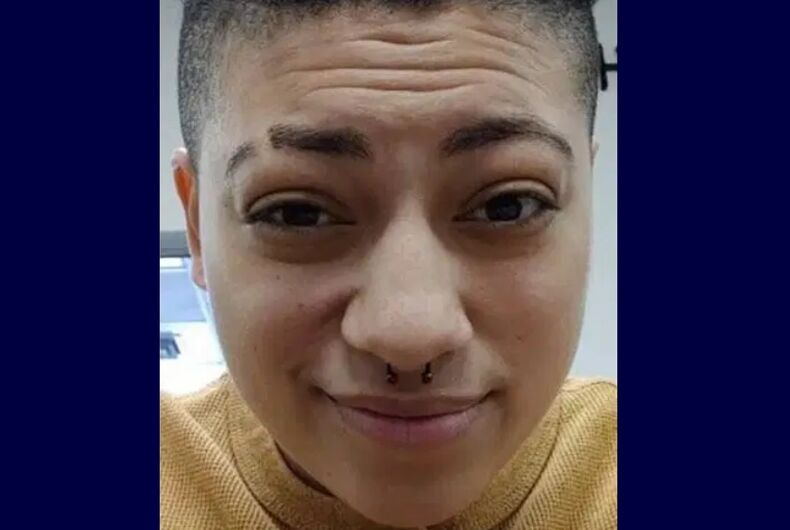 A federal judge just ruled that it’s unconstitutional for transgender people to be required to show proof from a doctor that they’re undergoing transition-related care in order to get a passport with the correct gender marker on it.

The State Department “has provided no explanation, let alone any evidence, of why [it] has an important interest in verifying a transgender passport applicant’s gender identity, nor a cogent explanation of why the Policy requiring a physician’s certification increases the accuracy of issued passports,” U.S. District Court Judge Gloria M. Navarro wrote in her ruling.

Currently, the State Department requires transgender people to show a doctor’s certification that they “has had appropriate clinical treatment for gender transition to the new gender of either male or female.”

Oliver Bruce Morris, a transgender man who lives in Nevada, applied for a passport in 2018, but his application was flagged because the gender marker didn’t match his birth certificate. The State Department sent him a letter saying he needed to “send us a signed original statement on office letterhead from your attending medical physician” with “language stating that you have had appropriate clinical treatment for transition to the new sex.”

Morris was receiving hormone replacement therapy under the care of a nurse practitioner at the time and had not had any gender affirmation surgery, both because of his insurance. So he couldn’t send in a doctor’s letter because he wasn’t under a doctor’s care.

The State Department ultimately denied his application and he sued with the help of Nevada Legal Services. Judge Navarro determined that the requirement to show a doctor’s letter violated his Fifth Amendment equal protection rights.

“There is little doubt that the State Department has an interest in accurately representing the identities of US citizens to foreign nations,” she wrote in the decision. “However, the only facet of identity at issue here is a passport applicant’s sex or gender. Defendant has provided no explanation, let alone any evidence, of why the State Department has an important interest in verifying a transgender passport applicant’s gender identity, nor a cogent explanation of why the Policy requiring a physician’s certification increases the accuracy of issued passports.”

“Not all transgender persons receive or require physician treatment.”

“Maybe, with my voice being heard, then maybe my family will see it and have a better understanding and see how personal this all is for me,” Morris told the Nevada Review-Journal in a statement when he filed suit last year. “That I’m a person. That I’m a human. That I’m myself. That I’m Oliver.”