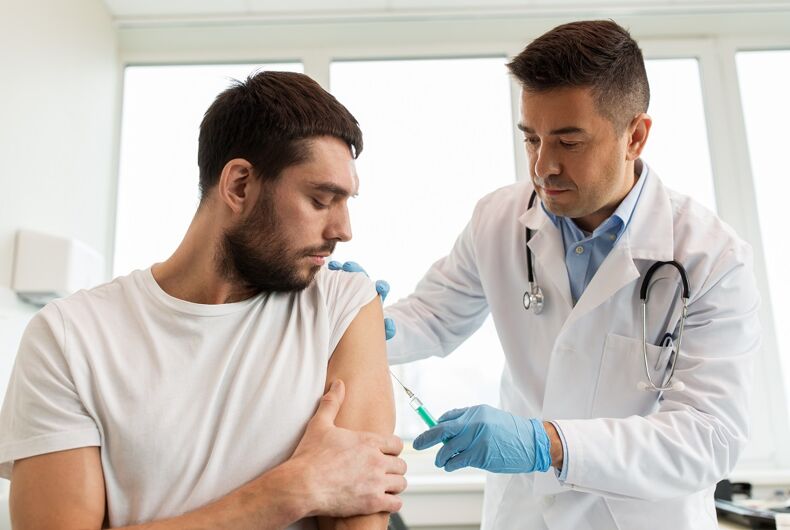 The rapid development of several COVID-19 vaccines has compelled numerous web commenters to accusingly ask why the same hasn’t been done for HIV, a pandemic that has lasted nearly 40 years longer than the coronavirus.

However, a closer look at the different virology of coronavirus and HIV helps explain why the former has a soon-to-be widely available vaccine and the latter doesn’t.

The aforementioned critics often claim that the lack of an HIV vaccine is due to the fact that HIV has most affected men and trans women who have sex with men, Black people, people of color, and intravenous drug users — marginalized people who tend to have less money and political power. Thus, the lack of an HIV vaccine can seem like a conspiratorial way to let these communities die off.

However, a big part of the reason that an HIV vaccine hasn’t been developed, according to the National Institute of Allergy and Infectious Diseases, is that the virus “mutates rapidly and has unique ways of evading the immune system.”

At present, scientists have researched about 14 different strains of HIV. Comparatively, there are at least six strains of coronavirus, “but that the mutation rate is low and the virus shows little variability, making it easier to develop a vaccine,” Reuters reports.

“HIV inserts itself into our DNA and remains there until those cells die, whereas [coronavirus] does not,” University of Western Australia virologist Associate Professor Alison Imrie told AFP, explaining another key difference in how each operates in the body.

Most vaccines are developed based on the immune responses of recovered patients, but thus far, there aren’t any cases of any HIV-positive people whose immune systems eradicated the virus from their bodies. Compare that to the nearly 17.5 million Americans who have recovered from COVID-19, providing numerous immune responses for study.

Many vaccines also use inactivated or weakened forms of the virus. But inactivated forms of HIV haven’t produced any immune responses during previous vaccine trials, and scientists consider it too dangerous to introduce a weakened form of HIV into the body as it could cause an HIV-negative person to seroconvert.

The COVID-19 vaccine doesn’t use a weakened form of the virus. It uses messenger RNA (mRNA) to get the body to produce a protein spike that viruses embed on cell surfaces before reproducing. When the body recognizes the spike’s presence, it begins producing antibodies to fight off infection.

Researchers have been studying mRNA proteins for decades, according to the U.S. Centers for Disease Control and Prevention (CDC). The proliferation of similar respiratory viruses in Asia, like SARS and MERS, have also made researchers more familiar with different types of coronaviruses. Vaccines for such illnesses have been in development since 2003, partly owing to their ease of transmission and capacity to quickly infect millions of people.

Undoubtedly, there has been a huge an unprecedented global effort to pool resources for quick development of a COVID-19 vaccine, and that rapid development has included “governments, scientists, businesses, civil society, philanthropists and global health organizations” as well as “unprecedented financial investments and scientific collaborations,” Reuters reports, something that hasn’t occurred on nearly the same scale for HIV.

But that doesn’t mean there’s no hope for an eventual HIV vaccine. In fact, three different trials have brought hope that an HIV vaccine could be available as early as 2021. These vaccines use harmless viruses to help deliver HIV’s genetic information into human cells and then alter proteins found on the outer layer of HIV cells to help trigger immune responses.

These vaccine components can help the body produce bNAbs, broadly neutralizing antibodies, which can stop numerous HIV strains from infecting human cells. While some people make bNAbs soon after being infected with HIV, the virus often replicates too quickly in the body for the bNAbs to fight off an infection.

Systems need to change in the U.S. to fight inequity. Is Joe Biden up to the task?