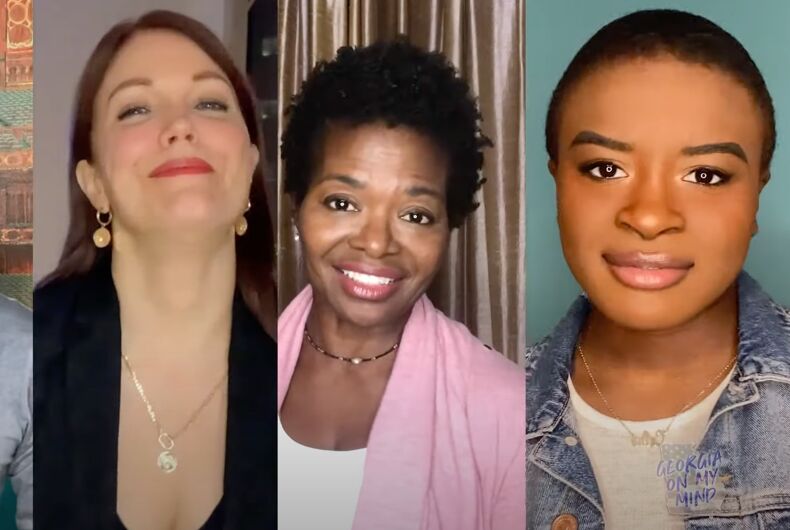 Dozens of Broadway stars are joining together to support Democrats in the Georgia special election.Photo: Screenshot

Dozens of celebrities who started their careers in musical theater have come out to sing in support Democrats Rev. Raphael Warnock and Jon Ossoff in the upcoming Georgia special elections. They’ve released a charity single, “Georgia On My Mind,” to support Stacey Abrams’ voting rights organization, FAIR FIGHT.

The races will determine which party controls the Senate chamber. The Biden administration will not be able to pass legislation through Congress if Republicans control the upper house.

Neither Ossoff nor Rev. Warnock have been elected to office before, but both have pledged to be strong allies for LGBTQ causes in the Senate.

The song is available for purchase on iTunes and BroadwayRecords.com. 100 percent of the proceeds go toward FAIR FIGHT.