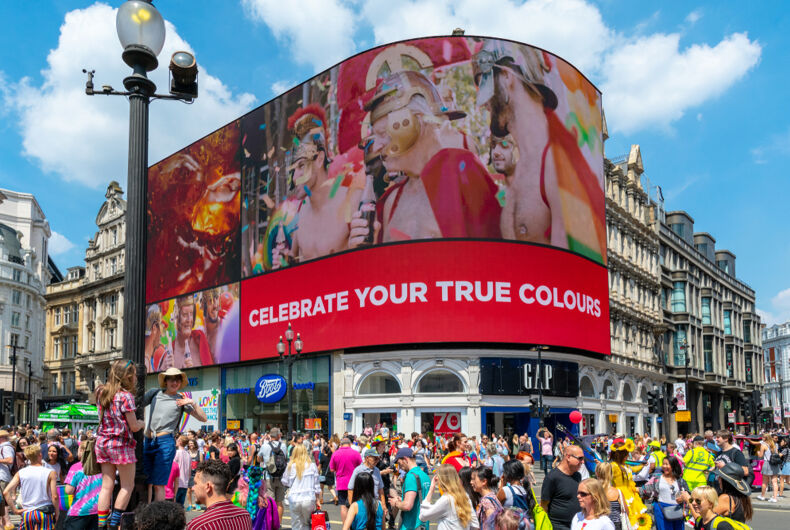 Corporate America wants you to know that it loves LGBTQ people. Just look at the array of them you see in ads for the holiday season.

But when push comes to shove, the love has its limits, particularly when it’s in the corporations’ financial interests. The latest case in point: the Georgia Senate race runoffs.

The US Chamber of Commerce, to which most major corporations in America belong, is spending $2 million on ads on behalf of the Republican incumbents, Kelly Loeffler and David Perdue, who are facing runoffs with Democrats Raphael Warnock and Jon Ossoff respectively.

The Chamber has always been friendly toward Republican candidates. The group, which relies upon funding from its members, spent more than $100 million backing Republican candidates of the past decade. The fact that the Chamber actually endorsed two dozen House Democrats in the last election cycle was a source of controversy within the organization.

The Chamber’s focus is on business, so it’s not surprising that it would find common ground with conservative Republicans who want to cut taxes for corporations and loosen regulatory policies. But those same Republicans are overwhelmingly opposed to LGBTQ progress, which makes it collateral damage.

That’s especially the case with Loeffler and Perdue. Loeffler has gone so far as to sponsor a bill that would ban trans women from competing in school sports. Perdue has a zero rating from HRC for his voting record.

Should either or both of the Republicans win re-election, the chances of any Congressional progress for LGBTQ people are dim. Republicans will maintain control of the Senate, which means anything pro-LGBTQ – to say nothing of a lot of Biden’s agenda in general – will be dead on arrival. By contrast, Warnock and Ossoff have pledged their support for advancing LGBTQ rights.

Just to show where its priorities lie, the Chamber is actually a supporter of the Equality Act, which would bar workplace discrimination against LGBTQ people. The group endorsed the bill after hearing its members press for it.

How that squares with the ad buy for Loeffler and Perdue is hard to discern. Of course, politics is a game of competing priorities. And when it comes to LGBTQ issues, it’s pretty clear where the priorities are for the Chamber and its members.