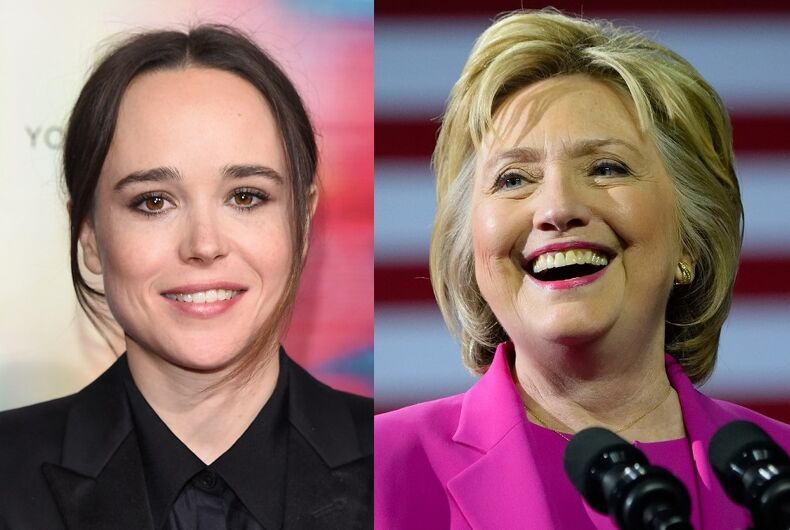 Hillary Clinton congratulated Oscar-nominated actor Elliot Page on coming out as transgender. Donald Trump has not mentioned Page since he came out.

“It’s wonderful to witness people becoming who they are,” Clinton wrote. “Congratulations, Elliot.”

It’s wonderful to witness people becoming who they are. Congratulations, Elliot. https://t.co/6vdKuH2slV

In 2016, former Sen. and Secretary of State Clinton ran for president and won almost three million more votes than Trump did. If the U.S. were like other democracies, she would currently be president and the president would be congratulating a transgender actor for living his truth.

Instead, Trump has spent the last few weeks tweeting disputed claims about the election. Shortly after Page came out, Trump tweeted several videos and a link to an article about a contractor who claims that the U.S. Postal Service somehow separated 288,000 ballots for Trump in the mail, put them in a truck, and told the contractor to drive them to another depot where the trailer holding them “disappears.”