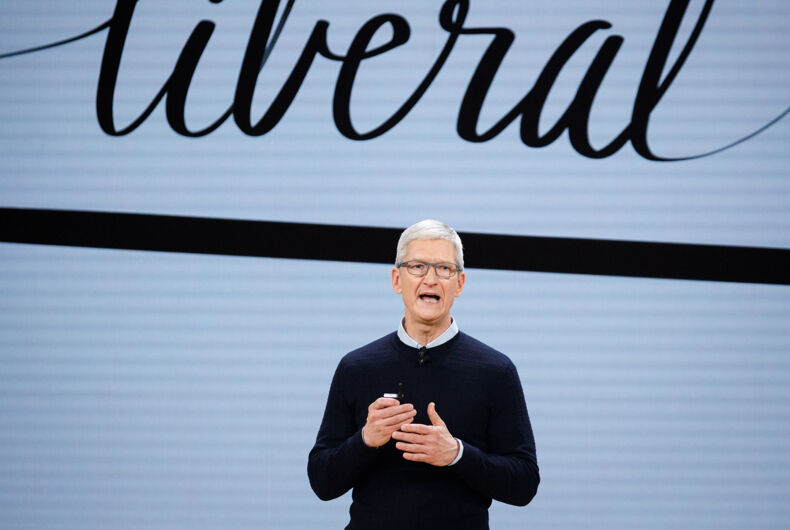 The out CEO of one of America’s largest companies has been a quiet force to be reckoned with in corporate America. Under his leadership, the super-wealthy company has made multiple public stands on behalf of LGBTQ equality and has been willing to put its money where its mouth is.

Cook was the first out CEO of a Fortune 500 company after coming out in a Bloomberg essay.

Cook reflected last year on his decision to publicly announce his orientation, saying, “I was getting notes from kids who were struggling with their sexual orientation. They were depressed. Some said [they] had suicidal thoughts. Some had been banished by their own parents and family. It weighed on me in terms of what I could do.”

Cook said that he considers his sexuality a holy “gift,” not a “limitation.”

“Gay is not a limitation,” he said.  “It’s a characteristic that I hope they view, like I do, that it’s God’s greatest gift. That’s what I hope: to get that message out there to all the young kids struggling with their identity who aren’t certain that they’re resilient enough or good enough, or [they] are made to feel inferior in some way, or worse, are ostracized or whatever. Life doesn’t need to be like this.”

Michelle Bachmann claims her vote was stolen by Satan