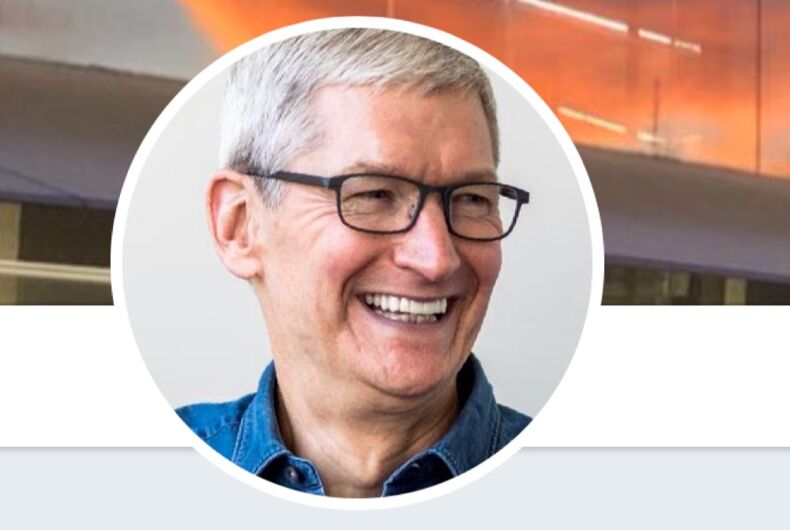 Tim Cook, the out CEO of Apple, is trolling President Donald Trump on Twitter after an awkward meeting of the American Workforce Policy Advisory board.

During a meeting at the White House, Trump referred to Apple CEO Tim Cook as “Tim Apple.” After referring to Cook as “a friend of mine,” Trump apparently forgot his friend’s last name.

“We’re going to be opening up the labor forces because we have to. We have so many companies coming in. People like Tim—you’re expanding all over and doing things that I really wanted you to do right from the beginning,” Trump said. “I used to say: ‘Tim, you’ve got to start doing it over here’ and you really have. I mean, you’ve really put a big investment into the country. We appreciate it very much, Tim Apple.”

Related: Trump is threatening Apple now. Tim Cook will eat him for lunch.

While Twitter immediately started mocking the President for his latest gaffe, even Cook got in on the fun. He changed his Twitter name to “Tim Apple” using the apple emoji after his first name.

Other users weren’t as subtle, but just as funny.

Chelsea Manning is back behind bars