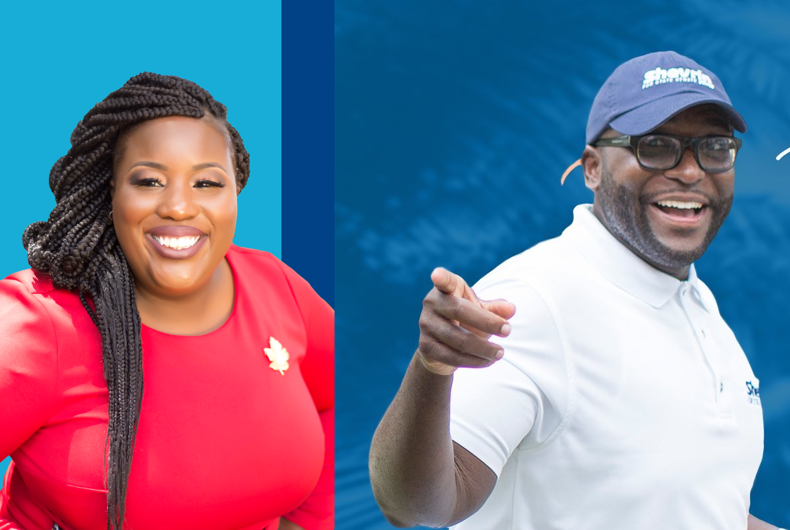 Shevrin Jones and Michele Rayner have both made history by becoming some of the first Black LGBTQ people to win seats in the Florida state legislature.

Jones came out in August 2018 interview during his third term as a Florida state representative. He said the death of his brother compelled him to come out.

“My brother died at the age of 34. I was like, ‘That could have been me. I could drop dead living behind the scenes of something that could have helped someone else.’ I started living my truth just a little bit more.”

He effectively came out by allowing the local LGBTQ organization, Equality Florida, to list him among its endorsed gay candidates. But even before then, he quietly started the process by telling his legislative colleagues.

“Mark my words: Now that I’m living my truth, if I am never elected again, I’m OK with that,” Jones said of his sexuality. “Because there are so many people right now who are in office, in places of high stature, who are not living truthful lives and they sleep with that lie on a daily basis,” he said. “If me living my truth is a reason to vote against me or vote me out, then I’m OK with that.”

In an interview with LGBTQ Nation, Rayner, a civil rights attorney, said she was passionate about expanding Medicare and Medicaid, affordable housing, education equity, and improving Florida’s unemployment system.

She became known for representing the family of 28-year-old Markeis McGlockton, an unarmed Black man who was shot and killed in a parking lot by Michael Drejka. Drejka, a white man, claimed self-defense under Florida’s ‘stand your ground’ law.

The case reminded Rayner of how legislation affects people’s lived experiences. McGlockton’s father told her that he remembered hearing arguments about “stand your ground,” but never thought it would personally affect him.

“In that moment I understood how the law and the policies we write impact people’s day-to-day lives,” she said, “and the weightiness and the responsibility of that, so with that, there’s a level of soberness I take into that. [Serving in the legislature means] understanding the privilege that you have to be able to create law, that you have to do it with people in mind, and that’s the way I practice law. I understand that whatever I do in this case, whether it’s a criminal case or a civil case, it’s impacting someone’s life, it’s their freedom, their family, their finances.”

“I think it would be really special,” Rayner said of winning her race. “I think that knowing there are young women that will look up and be able to see me step into that [role] being very clear about who I am and being unashamed about who I am and knowing they are able to do whatever they want to do is what means the most to me.”