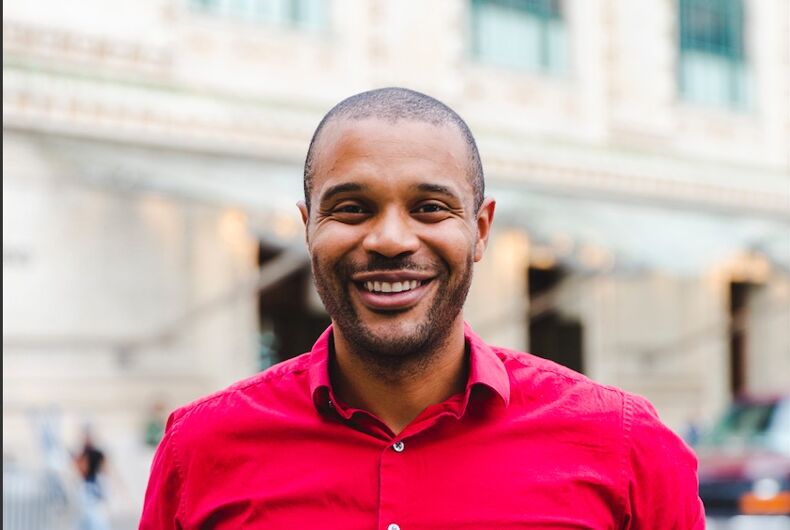 BREAKING: With polls closed in New York, our Spotlight Candidate @JabariBrisport has won his race and will become the first Black openly LGBTQ legislator in New York history. https://t.co/hhDcCn3m4P pic.twitter.com/nhBu3txZ44

Brisport, a third-generation Caribbean American, is especially concerned with fighting for queer people of color. He spoke of the increased likelihood for this group to be unemployed, lack healthcare access, live in poverty, and have pre-existing conditions.

“Representation matters because I can see how all of these things are interconnected, and not disparate problems,” he said.

Brisport, a middle school math teacher, has been referred to by some as the next Alexandria Ocasio Cortez (who, along with Bernie Sanders, endorsed him in this race). He told LGBTQ Nation that to him, being a socialist means supporting “lots of aggressive reforms,” such as de-commodifying housing, education, and healthcare.

Brisport is also supportive of sweeping police reform, including defunding the New York police to invest in social services, demilitarizing the police, and removing cops from schools.

Tonight, along with Florida’s Shevrin Jones, Brisport has become one of only two out LGBTQ Black men in the country serving in state senates.

“At a time when movements to end racism, police brutality and disparities in healthcare are awakening the nation, Jabari’s groundbreaking victory ensures there is a legislator in Albany who can turn protests into policy,” said Mayor Annise Parker, President & CEO of the LGBTQ Victory Fund, in a statement.

“His experiences as a Black LGBTQ man will provide an essential perspective that has never been represented in the New York state legislature and will pave the way for a government that is more representative of the people it serves. Jabari shattered a rainbow ceiling in New York and his victory will encourage more people like him to step up and run.”