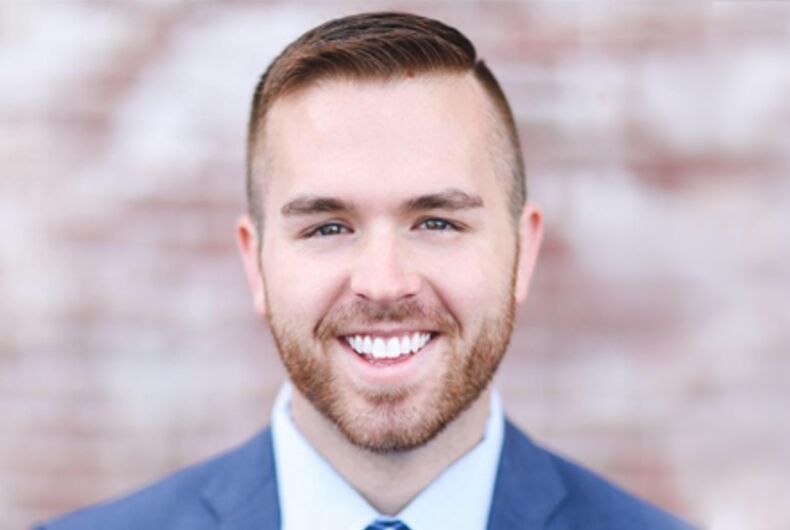 Maine Rep. Ryan Fecteau (D) will be the first out speaker of the state’s House of Representatives for the session that starts next year.

“I’m filled with hope and determination because when Democrats lead, people who are too often forgotten or left at the margins are seen, they are valued and given a fair shot,” Fecteau told the state House when he was nominated. “Policymakers like you saw value and gave families like mine a fair shot.”

Related: Parents can declare their newborns non-binary on their birth certificates in Maine now

Fecteau was first elected to the state legislature in 2014, making him the youngest out state lawmaker in the country when he was 22-years-old.

The grandson of French-Canadian immigrants, Fecteau was raised by his mother in low-income housing in Portland, Maine, according to the Press-Herald. He didn’t learn to read until he was in fourth grade, but ended up being the first member of his family to graduate from college.

Fecteau attended the Catholic University of America in Washington, D.C., where he was one of the students who convinced the school to recognize an LGBTQ student organization for the first time.

“I’m a Democrat because we believe in families like mine who come to Maine for a better life. We believe in people who may not look like us or speak the same language or practice the same religion,” he said.

“Working alongside him the past two years allowed me to witness his natural leadership capabilities and his dedication to the people of Maine. I wish him every success as he takes on this new role,” said outgoing House Speaker Sara Gideon (D), who lost her bid to unseat U.S. Sen. Susan Collins (R-ME) this month.

In his three terms in the state House, Fecteau helped ban conversion therapy in the state with a bill that was signed into law in 2019.