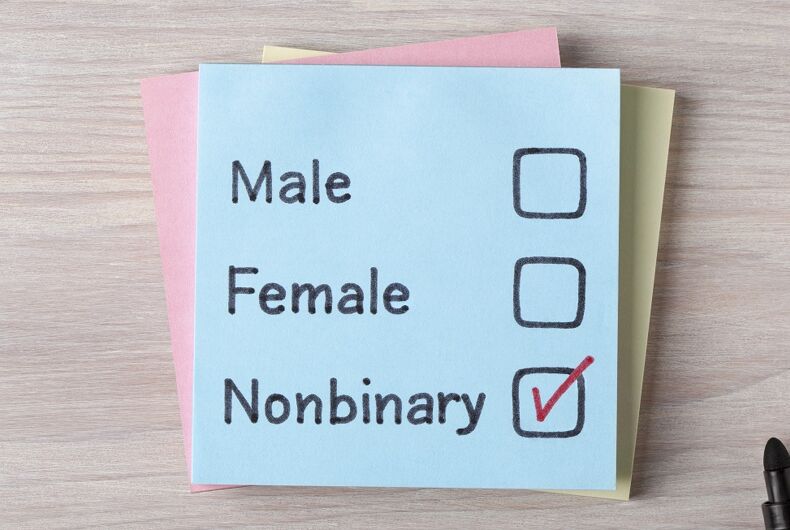 Starting this past Tuesday, July 14 – International Non-binary People’s Day – people in Maine can get a birth certificate issued with an “X” instead of an “M” or “F” as their gender.

Related: These parents didn’t want to assign their baby a gender. So a bureaucrat did it for them.

According to an FAQ issued by the governor’s office, adults and emancipated minors can apply for a non-binary marker on their birth certificate by submitting an application and “an individual notarized affirmation that the change is made to align the record with their gender identity.”

Parents can fill out the form for their minor children if they submit “a declaration of a licensed physician or mental health care provider who… affirms that the requested gender is consistent with the minor’s gender identity.”

And parent can choose the non-binary option on their child’s birth certificate at birth and update it later if needed.

“These changes are really exciting and will make a significant difference in the lives of transgender folks like myself, and people whose gender identity is neither exclusively male nor exclusively female,” said Equality Maine’s Gia Drew in a statement.

“We’ve heard from so many people, as well as from parents of trans and gender expansive youth, who’ve become so frustrated with the outdated process. I hope the news of these necessary and affirming changes bring some light to people during these unsettling times.”

Nearly half of LGBTQ youth considered suicide in the last year. That was before the pandemic.