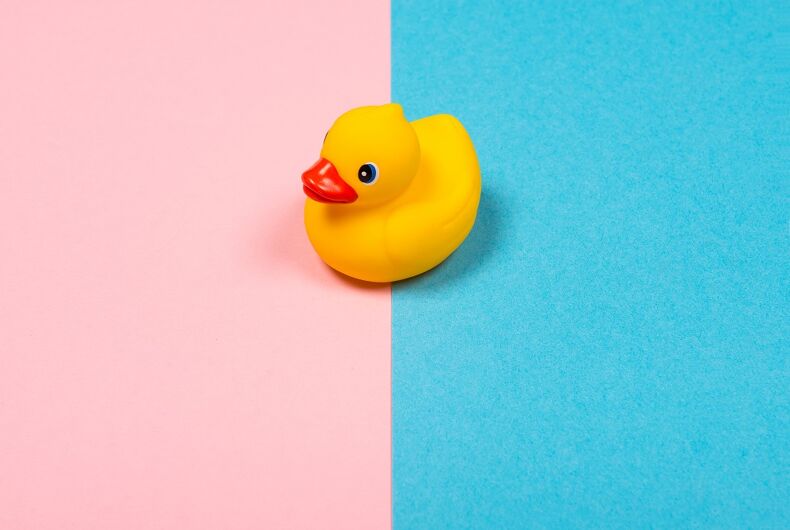 Two parents in Los Angeles tried to avoid assigning their baby a gender, but a bureaucrat forced it on the baby.

Jay Brissette is non-binary and their partner, Miguel Ruelas, is a transgender man. Last year their child Azul Ruelas-Brissette was born.

The parents are raising their child in a gender-creative way. That is, they are using different pronouns to refer to them – she, he, and they. The kid also has access to feminine, masculine, and gender-neutral objects like books and toys.

Brissette and Ruelas were both assigned female at birth and they said that not fitting in with other kids of their assigned sex was hard on them growing up.

“I don’t want that for this person,” Brissette told the LA Times.

But the U.S. government does.

The problem was the federal government. They tried to register baby Azul for a Social Security number, but they were told that they had to assign one of two sexes to their baby: male or female.

The parents needed to get Azul a Social Security number so that they could claim the baby as a dependent and get a much-needed tax return.

Brissette called the Social Security Administration (SSA) to find out how to fill out the application without marking a gender but was told, “A baby is not a person without a gender.” They said that they couldn’t get an explanation for the policy.

“I don’t see how we can accept that the government told us who our baby is without giving us a satisfactory reason,” they said.

So the parents went to the SSA office and turned in the application and left the gender marker blank. They also brought a copy of the gender-less birth certificate with them.

A few minutes later, the bureaucrat returned with a Social Security card and paperwork that said that Azul was male. They asked why that gender was assigned.

“They told us Azul did have a gender and closed the window,” Brissette said.

While some states issue non-binary ID, the federal government does not. Adults can correct the gender marker on their passports, for example, to male or female, but not to non-binary.

The National Center for Transgender Equality is now working with the parents to resolve the situation.

Ruelas said that he had to adjust to gender-creative parenting, but that it’s the best choice for their child.

“I had longtime dreams of having a kid and having a certain kind of relationship with my son or daughter,” he said. “Then I realized that all those ideas were about me, not my kid. This is about wanting Zu to have their own life and be their own person.”