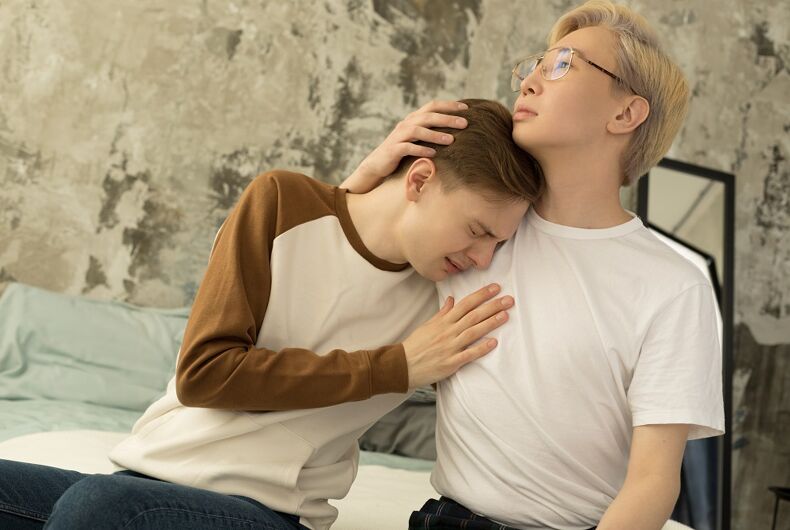 In a statement, Mills said that the law sends “an unequivocal message” to LGBTQ people that “we stand with you, we support you and we will always defend your right to be who you are.”

The bill passed Maine’s house earlier this month on a 91-46 vote. All the house Democrats voted for the bill, along with five independents and five Republicans.

“Conversion therapy is not addressing a problem. It is engaging in coercion,” said Maine Representative Michael Brennan (D). “And in that respect, we need to stand today and have a law in the state to say that that type of ‘therapy’ is no longer permissible.”

Related: Why is Apple hosting an ‘ex-gay’ conversion therapy app in their store?

“We have an obligation to protect our young people from interventions that are harmful, and equally important, that have proven to be ineffective.”

Maine Representative Andrew McLean (D), who is gay, said conversion therapy “preys on young people in some of their most vulnerable moments.”

“Conversion therapy is, in fact, no therapy at all,” he said. “It is not a treatment. It is a debunked theory that finds its home in shame, hatred of one’s self, and a perpetuation of stigma and stereotypes about being LGBT.”

Conservatives in Maine, though, said that the ban goes too far. Sometimes mental health professionals are just answering a teen’s questions about sexuality when they accidentally try to turn them straight apparently.

“We are telling professionals you have to be very careful about how you address this issue with children who come to you with questions about their sexuality,” said Maine Representative Steven Foster (R).

Other opponents cited a supposed constitutional right to perform conversion therapy on minors.

“To mandate that people lose their livelihoods, the right to support themselves and their families because they cannot in good conscience comply with this mandate is antithetical to our Constitution and to the principles that have made the United States the special place that it is,” said Maine Representative Richard Bradstreet (R).

This is the second time that the bill has passed the state legislature in Maine. The last time it did, it was vetoed by former Governor Paul LePage (R).