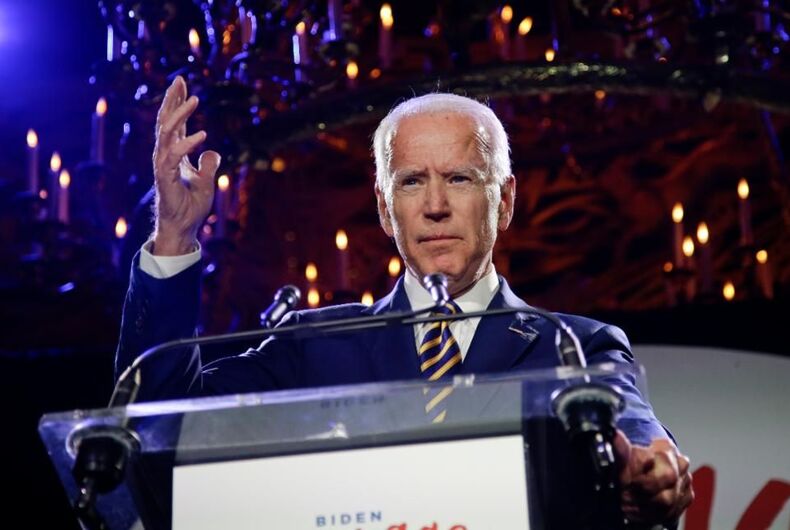 Well, that was too close for comfort.

Joe Biden, whose political career was written off as dead at the beginning of the year, has finally achieved the goal that has eluded him since 1988: the presidency of the United States. The president-elect and his running mate, Kamala Harris, finally vanquished Donald Trump and Mike Pence after days of uncertainty and nail-biting.

Biden owes a large part of his success to his opponent. As much as Trump tried to act as if someone else presided over the federal government, the election was a referendum on his presidency – especially his disastrous handling of the pandemic. With nearly a quarter-million Americans dead from coronavirus this year and the economy reeling, voters concluded that Trump didn’t deserve to make things worse with another four years.

Just as important, voters seem tired of the bottomless pit of narcissism that is Trump. People got a stark reminder of how un-presidential Trump is during the first debate with Biden. Trump interrupted, blustered, and generally acted like a hangry toddler. The debate debacle was followed swiftly by Trump’s diagnosis with the virus, a one-two punch that underscored his recklessness and vanity.

Yet, even with all the corruption, incompetence, and authoritarianism, some 70 million Americans thought that Trump was deserving of a second term. For Democrats who hoped the nation would repudiate Trump, the closeness of the result was a painful, bitter blow.

But give Biden credit: he ran a good campaign. Despite the narrow margin in the Electoral College, Biden won more votes than any other presidential candidate in American history by appealing to the nation’s sense of decency.

In choosing Kamala Harris as his running mate, he sent a clear signal about the direction of the Democratic party under his leadership: looking to the future instead of trapped in the past. That was a necessary and generous corrective from a 77-year-old white, male candidate.

Indeed, Biden’s 40+ years in politics has been a perfect slice of the Democratic party’s change over that period. Nowhere is that truer than on LGBTQ issues.

Like many Democrats of the era, Biden was sympathetic to LGBTQ rights–but cautious about it, especially when it came to political stands. In the early 1970s, Biden was not above quoting the conventional wisdom that gays and lesbians represented a security risk.  He voted for the Defense for Marriage Act and expressed opposition to marriage equality in 2008.

But Biden threw caution to the winds in 2012, when he went off message and announced his support for marriage equality before President Obama had done so. The policy change was long in the works, but Biden, emotionally overcome by the love he had seen between gay couples, jumped the gun.

During the primaries, some activists held Biden’s history against him. Only the specter of a second term for Trump led some voters to finally cast ballots for him.

But Biden’s platform on LGBTQ rights would make him the most progressive president in history. From a policy perspective, he is virtually indistinguishable from any of the other Democrats that he beat in the primaries.

Biden and Harris have a huge task ahead of them in trying to undo all the damage that Trump has wrought. As Pete Buttigieg pointed out, a lot of what Trump did was done through executive order and can be easily undone the same way. That includes overturning Trump’s order that once again allowed federal contractors to discriminate against LGBTQ employees.

Rolling back other assaults won’t be as simple. Trump packed the Supreme Court with three right-wing justices, who seem very likely to allow conservative Christians the right to discriminate against LGBTQ people on the basis of “religious freedom.” And despite Trump’s own incompetence, Pence and others in the administration have been able to use the levers of bureaucracy in ways that will take some work to undo.

Before Biden even takes office, he will have to beat back Trump’s legal challenges to the vote. The worst word in Trump’s vocabulary is “loser,” and he will do everything he can to stop it being applied to him, right down to his lies about fraud.

Just as bad, Trump and the nativist, racist movement he started won’t go away. The ex-president and his supporters will continue their campaign of division and encourage extremists to challenge Biden at every turn.

Still, the four-year nightmare is drawing to a close. Trump will leave the office with a vile record of attacks on the LGBTQ community. But, thanks to this election, the list won’t continue to grow for four more years.