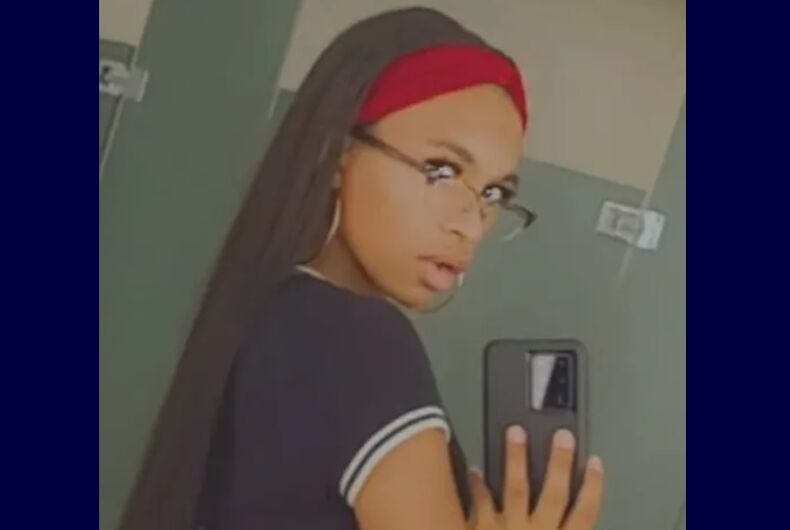 Asia Jynaé Foster was found shot to death in Houston and is believed to have been murdered on the Transgender Day of Remembrance.

“It brings me a great deal of sadness to announce that there was a murder here in Houston of a 22-year-old Black trans woman, Asia Jynaé Foster,” community advocate Dee Dee Waters wrote in a Facebook post.

Related: Houston’s city hall was lit up with trans flag colors in memory of Tracy Single

“It saddens and pisses us off that we’re making another post about an MGP youth taken from us by anti-trans violence,” the group said, according to local LGBTQ publication OutSmart. “Asia was outgoing, funny, and she could put together a read that left everyone around her scrambling to pick up their jaws.”

“We’re saving a seat next to Tracy for you, Asia. We love you.”

The Montrose Center, an LGBTQ community center, held a candlelight vigil in honor of Foster this past Sunday that was streamed online to help with social distancing.

According to the Houston Police Department, Foster was found dead on Friday, November 20. Police are asking anyone with information that could lead to an arrest to call Crime Stoppers at (713) 222-TIPS (8477).

HRC says that Foster is the 38th known transgender woman to have been murdered this year alone, making 2020 the deadliest year on record for transgender and non-binary people, and the year isn’t even over yet.

“Asia’s death is reported to have occurred on Transgender Day of Remembrance, a day on which we honor those in our community we’ve lost to fatal violence,” HRC’s Tori Cooper said in a statement. “The fact we marked the most violent year on record only to be met with yet another tragedy is unacceptable.”