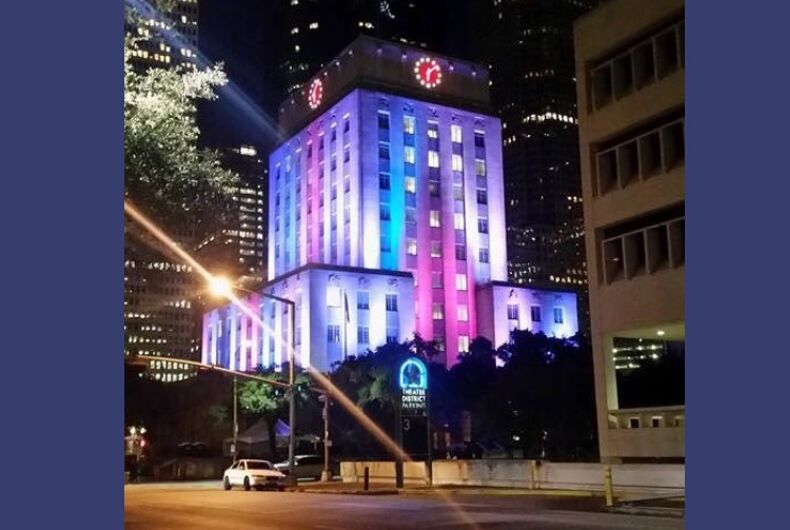 Several bridges and the city hall building in Houston were lit up in transgender flag colors to honor the memory of Tracy Single, 22, a Black transgender woman who was found dead in a possible homicide in July.

Police found Single’s body the parking lot of a convenience store at 3:30 am on July 30. Investigators said that her death was not natural but did not specify why they believed that.

According to TransGriot, police were initially not able to identify the victim. A week after her death, police identified her as transgender and contacted their LGBTQ liaisons. Community leader Dee Dee Watters organized a town hall meeting on August 11 to identify her.

This week, the city lit six bridges and city hall up with the colors of the transgender flag – light blue, pink, and white – in the memory of Single.

The 16th trans murder this year has happened here in Houston. Rest In Peace Tracy Single. We have lit City Hall and the Bridges over Hwy 59 in trans colors in her honor tonight/tomorrow. As we #sayhername we remain committed to creating a City where #translivesmatter 💙💕 pic.twitter.com/4cagiNFmrS

Single is the sixteenth transgender person known to have been killed in the U.S. this year, and the third in Texas.

Evangelicals finally find a reason to criticize Trump: He curses