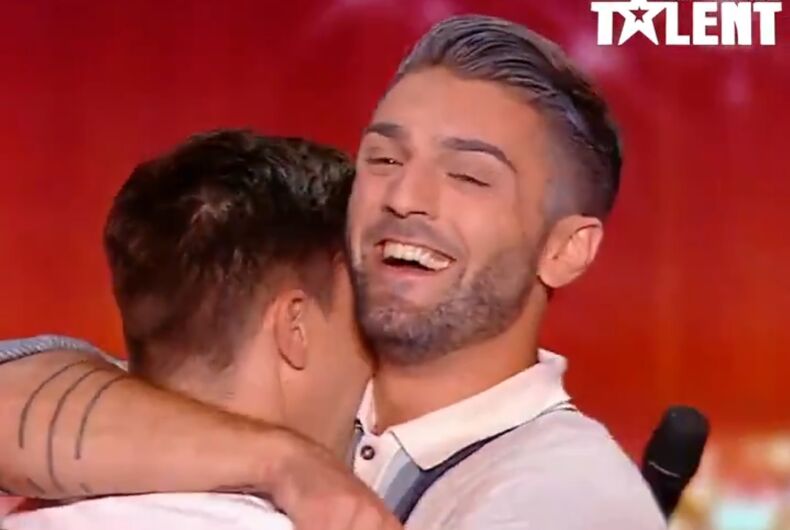 Dancers Alex Francoeur and Alexandre Carlos stunned the judges on France’s “Got Talent” show with a dance interpretation of what it’s like to come out to one’s father.

The duo from Quebec appeared last week on La France a un incroyable talent, getting a standing ovation from the judges and the audience.

“There were a lot, a lot, a lot of feelings,” said singer Hélène Ségara, one of the judges on the program. “I saw that there was love in the dance you did tonight. I think everyone felt it.”

“The piece is inspired by our lived experiences as well as the experiences of other people,” Carlos told the LGBTQ magazine Têtu. “The reality that you see on stage isn’t what we experienced with our dads. We have fathers who were extremely loving and present in our lives. We know we are lucky.”

“My dad is a firefighter so he has only worked with men,” Francoeur said. “He told me his coworkers often talk about our number with him. And macho straight men who talk among themselves about coming out, about gay experiences, it’s a sign that we’ve succeeded.”

The pair danced to the song “Kid” by Eddy de Pretto, which is about how fathers pass toxic masculinity down to their sons.

The song is about “my personal experience,” de Pretto said in an interview. “It’s about my roots, where one performs and proves his masculinity, and where we put in so much effort to say that we’re virile and that we have big balls.”