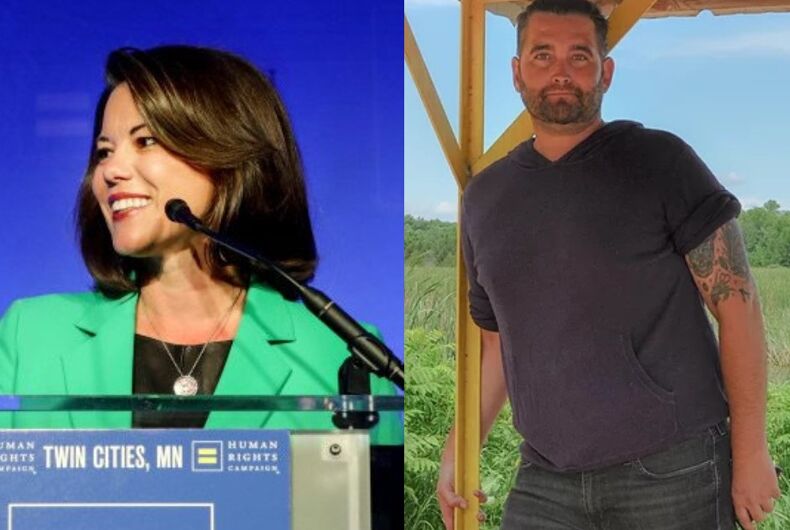 Republicans in Minnesota allegedly paid an organic farmer $15,000 to run on a third party ticket against out Rep. Angie Craig (D) in order to take votes away from her so that her Republican opponent would have a better chance at winning the election.

A voicemail message left on May 20 by Legal Marijuana Now Party candidate Adam Weeks for his friend Joey Hudson says that Republicans approached him about running two weeks before the filing deadline so that he would “pull votes away” from Craig, a move that would help her GOP opponent Tyler Kistner.

Weeks passed away last month of what was ruled an “accidental” drug overdose, throwing the election into chaos.

Democrats are in federal court trying to get the election to go forward next week as planned.

The message Weeks left Hudson says that he planned to meet unspecified “CD2 [Second Congressional District] Republicans” in May. Second District Republican Chairman Jeff Schuette said that no one in his organization met with Weeks.

“I swear to God to you, I’m not kidding, this is no joke,” Weeks said in the message, which was obtained by the local newspaper Star-Tribune. The newspaper says that they confirmed it was his voice by comparing it to videos he posted online and his cousin also confirmed that it was him.

“They want me to run as a third party, liberal candidate, which I’m down. I can play the liberal, you know that.”

In the message, he said that he didn’t have any money to run but that the Republicans offered him $15,000. “It’s enough to make door-knocks with.”

Weeks voted for Donald Trump in 2016 and publicly denied that he was running as a spoiler in the election. But state Democrats filed a Federal Elections Commission complaint against him in August for not filling out the appropriate financial reports, and they dug up over 100 social media posts where Weeks said he supported Republicans and conservatives, calling Democrats “socialist scum” and decrying “fake news.”

“The reality of politics really hit him hard,” said former Independence Party candidate Paula Overby, who knew Weeks and is trying to take his spot on the Legal Marijuana Now Party’s ticket. “The pandemic hit him pretty hard, they closed down the farmers market, he’s all about community-supported agriculture.”

“I knew he was challenged by all of that.”

Neither Rep. Craig’s nor Republican challenger Kistner’s campaigns are commenting on the voicemail message.

Rep. Craig is one of seven out LGBTQ members of the U.S. House. She was first elected in 2018 with 52.7% of the vote and earned a 100 rating on HRC’s Congressional Scorecard this past session. She lives with her wife and four kids outside of St. Paul.