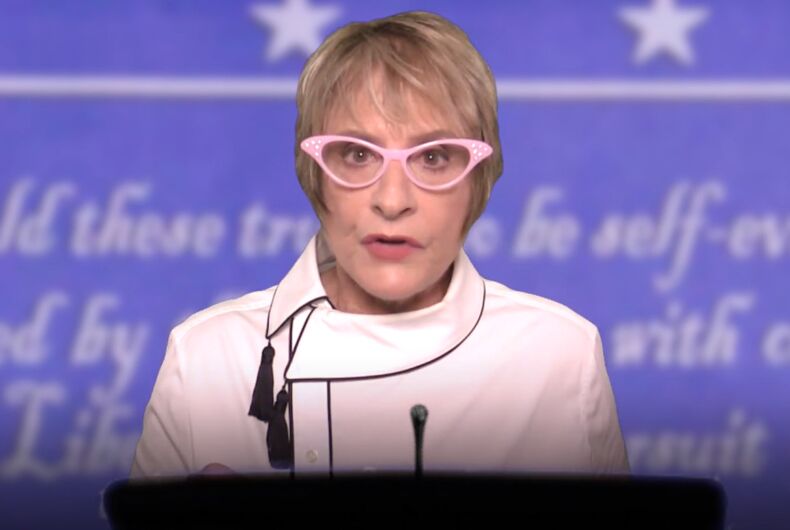 Randy Rainbow is back with his latest musical parody and this time he’s brought along a friend: Broadway legend Patti LuPone.

LuPone made headlines yesterday for her viral tweet mocking President Donald Trump’s “Covita” moment on the White House balcony, but she goes a lot further with Rainbow by her side.

LuPone won rave reviews for her roles in Evita and Gypsy, so Stephen Sondheim’s “If Mama Was Married” was an easy choice for the foulmouthed songbirds.

And if you get scared before Election Day, remember… whenever gays are in crisis, Patti LuPone materializes.