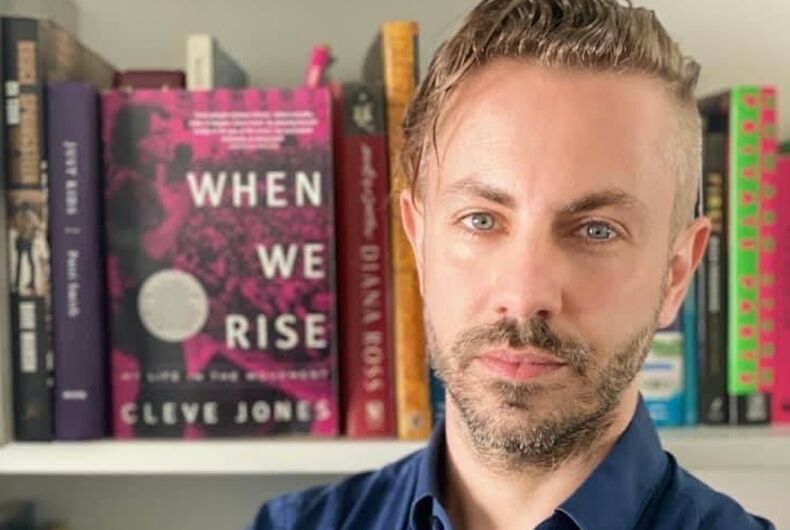 “We founded the LGBT Asylum Project in 2015 because there was a critical need for accessible legal representation among vulnerable immigrant populations escaping violence in their home countries,” he told LGBTQ Nation. “Only thirteen percent of unrepresented asylum applicants are successful.”

In contrast, the LGBT Asylum Project has a 100% success rate.

“One thing I admire so much about Okan,” said Albert Dong, who nominated Sengun for Hero of the Year after he helped his husband obtain legal residency in the U.S. through his private practice, “is even though he is personally involved, I’m sure, with every person that he helps, it’s not about him. It really isn’t. It’s about helping more people… He’s a a really special individual. He just keeps going going going, giving giving giving.”

Before he was executive director of the LGBT Asylum Project, as well as the founder of his own law firm, Okan Immigration Law Group, Sengun was an asylum seeker, himself.

He came to the United States from Turkey as a student, and when it was time for him to return home, he was scared.

“As an openly gay man, I knew I would always be in danger,” he said, “And I would have to serve in the Turkish military, which is extremely, extremely dangerous and homophobic for LGBT people.”

It took him three years of living in the United States before he even learned about the asylum process.

“And I’m a lawyer,” he said. “And there was Google back then, too, but it’s hard. It just doesn’t occur to you that you can talk to a government employee [and tell them] that you’re gay and they will let you stay in the U.S. Because this is a part of our lives that we have kept hidden from our own governments or people around us.”

Thus, Sengun’s mission with the LGBT Asylum Project has been to be as visible as possible, so that no one has to wait three years like he did to accidentally hear about asylum.

“That led us to having an office space in the Castro [San Francisco’s LGBT district] in 2019, so people like young me could see the words, LGBT asylum, so they could come upstairs to our office and ask questions… I’m very proud of the fact that we were able to bring LGBT asylum to the gay mecca of the world.”

Sengun said that for many clients, the LGBT Asylum Project becomes the only support system they have.

Both Sengun’s law group and the nonprofit team have been working from home since the pandemic began, which has presented its own set of challenges. Before the shutdown was announced in California, the LGBT Asylum Project had been hosting monthly clinics, during which they would provide 20 to 30 back-to-back consultations.

The organization was immediately able to transition to online clinics, Sengun said, and he is proud that the legal team provided 60 consultations in the first 60 days of the shutdown. Still, conducting all of the work online has been hard, as many clients struggle to gain access to Internet and laptops. Many are also in dire need of housing and groceries, which is why the organization has shifted to a 100% pro bono policy (before, they offered both pro bono and low bono services).

If the pandemic wasn’t enough, Sengun added that the LGBT Asylum Project has also faced enormous challenges under the Trump administration.

“They constantly change the rules, make it harder for asylum seekers to win their cases, and also, it’s even harder for them to apply right now.”

It is difficult for the staff, he continued, to constantly navigate new policies and processes and determine the effects on clients.

“It creates constant chaos within the immigration community and among immigration lawyers as well, keeping up with the new laws, and what litigation is happening against which laws. We just can’t wait until November 3rd, and are hoping that this administration will change.”

Despite all of this, Sengun is not only determined to keep going, but also to grow. He hopes the LGBT Asylum Project will become the go-to place for LGBTQ immigration services in San Francisco. While they currently provide only asylum services, they will soon expand to assist with DACA applications, and plan to add even more services in the future.

He also hopes that sometime soon, he will see the abolition of the current law that says asylum seekers must apply within one year of living in the United States, a law that he said can be especially hard on LGBTQ people who may not be out when they first arrive in the country.

“As I said, I had missed the one-year deadline, and I’m a lawyer. Asylum seekers must submit their applications within their first year of their arrive to the U.S., but a lot of times they are not out or don’t even know their true gender…. Because this is something they could never talk about in their home countries…. Realizing or accepting your sexuality or gender, it’s a process and sometimes it doesn’t happen within one year.”

In addition to running both a law group and a nonprofit, Sengun is a mentor immigration attorney at the Lawyers’ Committee for Civil Rights of the San Francisco Bay Area. In 2016, he was named “Attorney of the Year” by the AIDS Legal Referral Panel, and in 2017 he received the Bay Area Lawyers for Individual Freedom Legal Service Award. From 2014 to 2017, he also served as the San Francisco Asylum Office Liaison, and from 2012 to 2018 he was the LGBT Coordinator and served on the Advisory Council of the American Immigration Lawyers Association, Northern California Chapter.

Sengun said he is “extremely honored” to be recognized as a hero, but that for him, it is all about giving visibility to the LGBT Asylum Project.

“Being recognized would give our organization incredible visibility to be seen by people in need all over the world, [and give] visibility to people who need hope, hope that there is a better world out there, so an LGBTQ person wouldn’t have to fear for their lives just because of their sexuality or gender. Whenever people see this, they will see there’s hope in the future.”

The latest 2020 trend is naked celebrities encouraging people to vote