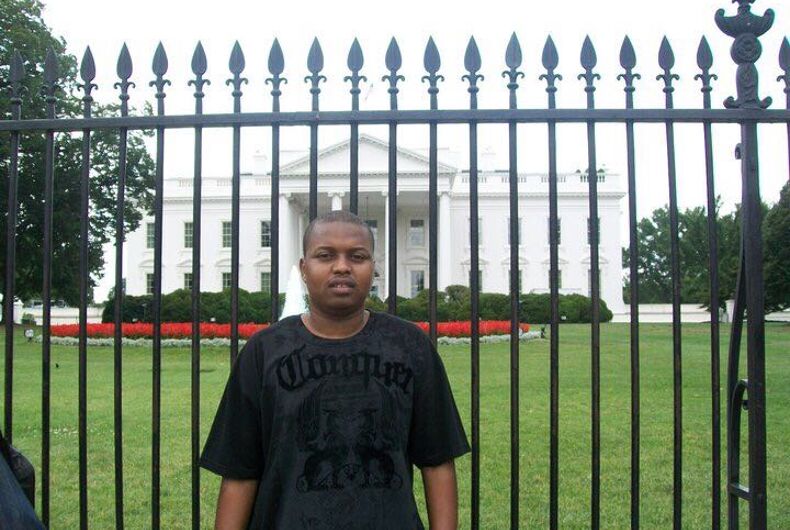 Yaide Oumar in front of the White House, 2010Photo: Facebook

A court has ordered the Department of Homeland Security to allow the return of Oumar Yaide, a gay asylum seeker deported from San Fransisco back to Chad before his asylum case could be reheard.

The U.S. Government must work with Yaide’s lawyers to “formulate a mutually agreeable plan” that ensures Yaide can return as soon as possible.

Yaide arrived in the United States in 2009 seeking political asylum from his native country due to being a member of the Gorane, a Chadian ethnic group which he claims is “a disfavored group.” The application was denied in 2014, and the final appeal was also denied in 2018.

Upon his detainment for deportation, however, Yaide requested to have his case reopened due to homosexuality becoming criminalized by Chad in 2016. Immigration Customs and Enforcement (ICE) agents ignored his pending review and deported him. ICE agents took him from a California prison and flew him in handcuffs from Sacramento to Addis Ababa, Ethiopia before his attorneys were informed.

While Yaide’s fear that “torture and death” became closer to becoming reality, his attorneys filed a writ of habeas corpus asking for his return, and a temporary restraining order from deporting him. Judge Charles R. Breyer ruled that the deportation “violates [Yaide’s] procedural due process right to pursue his motion to reopen.”

Breyer also wrote, “obviously, imprisonment or death would foreclose Yaide’s ability to pursue his motion to reopen” regarding ICE knowingly sending Yaide to a country where he faces death for his sexuality.

The Department of Homeland Security claims that Yaide is beyond their jurisdiction now, and so they can’t retrieve him. Yaide’s Chadian passport is expired and the country may not issue him a new one, court documents show.

Chad is one of an approximate 68 countries in the United Nations where consensual same-sex activity is illegal, according to advocacy group ILGA World. Persecution of LGBTQ+ people has been an accepted basis for some asylum seekers since at least 1994.

Michigan’s legislators won’t protect LGBTQ people from discrimination. Now voters may do it.