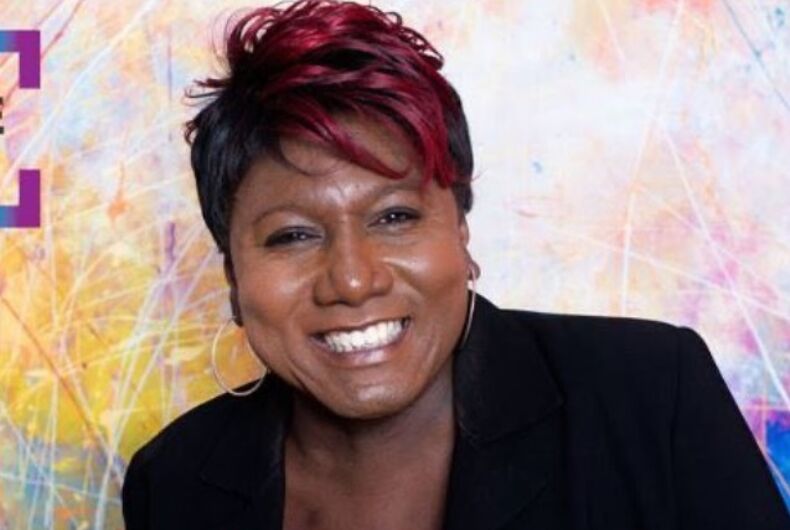 Monica Roberts has passed away and TBLG media will not be the same.

Roberts, 58, was best known on the internet for her award-winning blog, TransGriot, a website that covered transgender news before there was much trams representation in major TBLG (her preferred order for the letters) publications. Even up to this today, several writers and editors at LGBTQ Nation checked her website daily to see what she had to tell the world.

Raquel Willis, the former executive editor of Out magazine, tweeted that Roberts was a “powerful force for Black trans journalism.”

Saddened to hear the news that Ms. Monica Roberts (@TransGriot) passed this week. She was such a powerful force for Black trans journalism and I was honored to feature her expertise in last year's #TransObituariesProject. Her work and brilliance live on through us. #RestInPower pic.twitter.com/FfiYhhj1Co

And even up until this year, her blog was often the first to report on instances of anti-trans murder and violence. We owe a great debt to her diligence and persistence in fighting for the honor and dignity of our lives.

LGBTQ Nation contributor and Transgender Day of Remembrance founder Gwen Smith said that Roberts was an influence on her and “made me a better activist and a better person.”

I am devestated. Moni made me a better activist and a better person. Rest in power. #ripmonicaroberts pic.twitter.com/VcqHXfAqKB

Originally from Houston, Roberts was working as a gate agent at the Houston International Airport in 1994 when she realized, “In order to be the best person I can be. it was necessary for me to transition.”

In 1999, she co-founded the National Transgender Advocacy Coalition. She moved to Louisville and served on the board of Kentucky’s Fairness Campaign, a TBLG organization.

Already writing a column for the Kentucky TBLG newspaper The Letter, Roberts started the TransGriot blog in 2006.

“I will introduce you to and talk about your African descended trans brothers and trans sisters across the Diaspora,” she wrote in TransGriot‘s mission statement, “reclaim and document our chocolate flavored trans history, speak truth to power, comment on the things that impact our trans community from an Afrocentric perspective and enlighten you about the general things that go on around me and in the communities that I am a member of.”

She was honored on LGBTQ Nation‘s sister site Queerty‘s Pride 50 list this year. Designating Roberts as a “media star helping save America,” the website described her blog as “required reading for anyone who wants to truly understand LGBTQ life in America.”

In the late 2000s, she contributed to and worked with The Bilerico Project, the TBLG blog that two of LGBTQ Nation‘s editors started in 2007.

Her influence on this particular news website cannot be overstated.

How she died is not yet known by the public. This news comes as a surprise, at least to this writer. She will be dearly missed.

Diversity is one of America’s greatest assets. It’s time we took pride in it again.