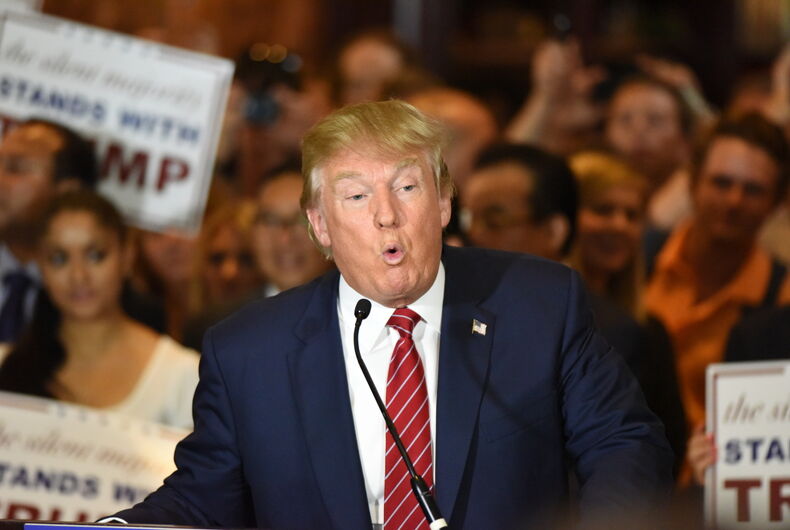 It’s not just your Uncle Bucktooth and racist neighbor who support Donald Trump. Plenty of celebrities are deplorable too.

Unsurprisingly, most of them are white men. The majority of them are over 40. And none of them have much of a career any longer.

Let’s take a look at 14 celebrities who are supporting Trump’s reelection campaign – and Kanye West.

👀WHAT THE F*CK! (VOTE ForTRUMP) IM OUT, 🏃‍♂️💨F*CK NEW YORK The KNICKS never win anyway. 🤷🏽‍♂️I don’t care Trump doesn’t like black people 62% are you out of ya fucking mind. 😤 pic.twitter.com/uZu02k2Dlz

The rapper’s biggest priority isn’t racial justice, LGBTQ rights, or keeping children out of cages. How much the multimillionaire pays in taxes is most important to him.

The former Cheers star has gone full MAGA, regularly tweeting her support for Trump and trying to instigate arguments on social media.

Kelsey fucking grammar voted for trump as well? Hell at this point I’m kinda happy if we never have a cheers reunion. Unless fraser and Rebecca were killed in some freak accident off camera and the rest are there for the funeral

An unapologetic Republican, and one of the other stars of Cheers, Grammar has been a GOP stalwart for decades.

Washington is an actor who worked on Grey’s Anatomy for three seasons but was let go when he allegedly called co-star T.R. Knight “a fa***t.| Now his biggest role is retweeting memes on Twitter to “own the libs.”

The Roseanne creator successfully rebooted her award-winning sitcom decades after it went off the air and promptly tanked her career by making racist remarks on social media. She blamed the blowback on her support for Trump and to prove she’s a liberal, she likes to promote Brandon Straka, a gay Trump supporter.

Because Jesus said to cage children, turn away strangers, and horde riches.

Woods has embraced every inch of MAGA World and couldn’t be prouder of himself for it. He and Trump have even exchanged flattery on Twitter. The actor’s complaints are so weird that even the dictionary has corrected him online.

For some reason people were surprised to see Mary Hart at the Mount Rushmore event.

– Her son is an aide to the president

– She’s a longtime Republican and has talked often in the past (even before Trump) about wanting smaller government & lower taxes https://t.co/7YrQAhba5W

The former Entertainment Tonight host is a longtime Republican. She reportedly prioritizes the party over the president, but the results are the same.

In God We Trust pic.twitter.com/xbMCTDhgp4

Actor Jon Voight’s reputation for callousness and petty spite have dominated tabloids for years, so his loud support for Trump is no surprise. Even his daughter, actor Angelina Jolie, has reportedly cut off all contact with him.

The 80s sitcom star has made being a Trump supporter his biggest gig to date, reveling in the attention he gets from posting conspiracy theories online, but lamenting that it’s cost him work.

“If you’re not hiring me because I’m a conservative, shame on you. If there’s a civil war, then don’t forget who has all the guns,” he said recently.

Proud of you Brandon. ⚔️🦋🙏🏽https://t.co/fBhNmUQtAg

Quaid, who had roles in everything from Brokeback Mountain to National Lampoon’s Vacation, grew a massive beard that matches his crazy conspiracy theories and inspired multiple YouTube videos like “WTF happened to RANDY QUAID?”

Sums it up pretty well. https://t.co/ZbOhCEJnBn

The former Superman actor turned born-again “filmmaker” worships the other washed-up celebrity in the White House. Like his idol, he spends his time on Twitter attacking journalists.

West has gone from being a major Trump supporter to launching his own presidential campaign – with help from Donald Trump’s campaign. His wife, Kim Kardashian, has blamed his bipolar disorder for his bewildering behavior.

None of the others have the same excuse.