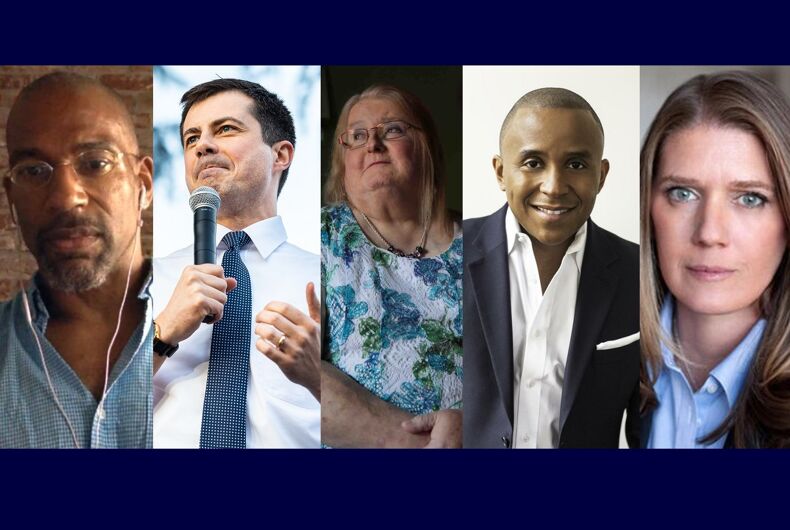 The LGBTQ Nation Newsmaker of the Year honors the person or people who most effectively advanced public dialogue around LGBTQ equality over the past year.

This award goes to an out individual (or a small group) who was in the news and who had a significant impact on shaping and advancing the national conversation around equality. Their presence in the public eye – whether newfound or longstanding – has created uncomfortable and critical conversations that benefit the LGBTQ community.

They are a trailblazer and have faced personal or professional risks for the sake of their community.

The nominees for 2020 Newsmaker of the Year 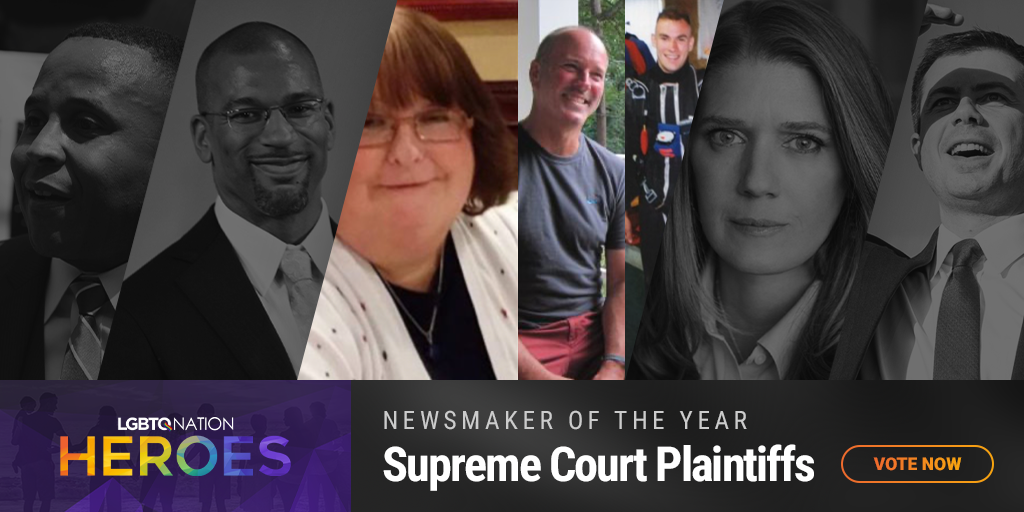 Gerald Bostock, Aimee Stephens, and Donald Zarda fought LGBTQ discrimination in three cases that led to the landmark Supreme Court decision in June that held that job discrimination based on gender identity or sexual orientation is illegal under federal law.

Bostock was a child welfare coordinator in Clayton County, Georgia’s juvenile court system when he was fired – after joining a gay softball league – under the pretense of “conduct unbecoming” an employee. His lawsuit was initially dismissed because courts said that Title VII doesn’t include sexual orientation as a protected class, which he challenged.

This coincided with Zarda’s lawsuit against his former employer, Altitude Express Inc., who fired him from his job as a skydiving instructor after he told a student that he was “100% gay.”

Stephens announced her transition at the funeral home she worked at and was fired weeks later after being told by her employer that she was “violating God’s commands.” She was represented by the EEOC who argued that she faced discrimination “because of sex” that was banned by Title VII.

Justice Neil Gorsuch’s majority opinion in the consolidated Bostock v. Clayton County ruling said, “An employer who fired an individual for being homosexual or transgender fires that person for traits or actions it would not have questioned in members of a different sex.”

Bostock was the only defendant who lived to see the 6-3 Supreme Court ruling in favor of LGBTQ equality. 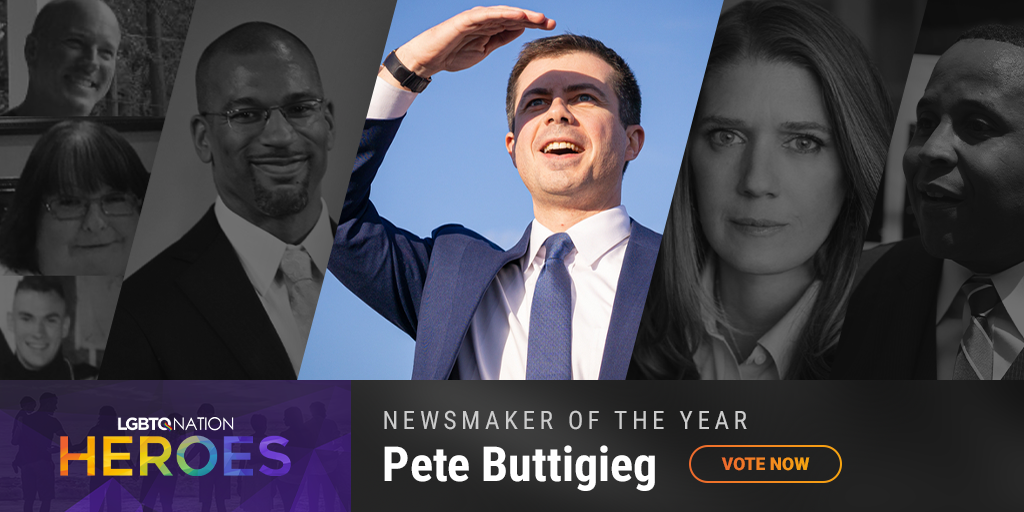 Former South Bend, Indiana Mayor Pete Buttigieg changed history by running for president in the 2020 Democratic primary and becoming the first out candidate to win convention delegates with his win at the Iowa caucuses.

Buttigieg came out in 2015 following the passage of the controversial Religious Freedom Restoration Act in Indiana under then Gov. Mike Pence. Following a short run for chair of the DNC in 2017, “Mayor Pete” announced in April 2019 his candidacy for president – a campaign that was viewed as a longshot from the start but ascended over 20-plus other campaigns to become the short-lived favorite for the nomination.

Despite the odds, Buttigieg’s campaign – which came to an end following a poor performance in South Carolina – dominated headlines for months and changed the landscape for LGBTQ people in American politics. 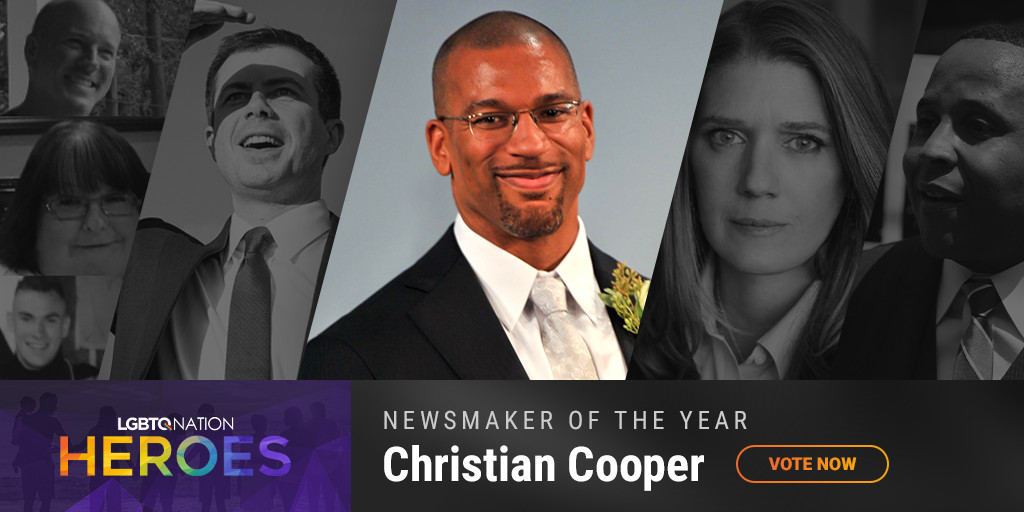 Christian Cooper, the first out gay writer and editor for Marvel Comics, became a symbol of racism when he was accosted and threatened while bird-watching in Central Park. Amy Cooper, a white woman, called 911 and falsely claimed her life was in danger in a now-viral video.

Before this incident, Christian Cooper has earned a GLAAD Media Award nomination in 1999 for overseeing the coming out of the Star Trek: Starfleet Academy comic character Yoshi Mishima. Additionally, he worked on comics such as Marvel Comics Presents, X-Men, the Marvel Swimsuit Special, Excalibur, and Alpha Flight. Currently a Senior Biomedical Editor at Health Science Communications, he is a well known birdwatcher as well, appearing in the 2012 documentary Birders: The Central Park Effect.

He also started Black Birders Week to highlight Black nature enthusiasts. He is on the Audobon Society’s NYC board of directors and created Queer Nation: The Online Gay Comic.

In July, Christian Cooper wrote an op-ed explaining why he doesn’t seek prosecution of Amy Cooper but instead wants systemic criminal justice reform. 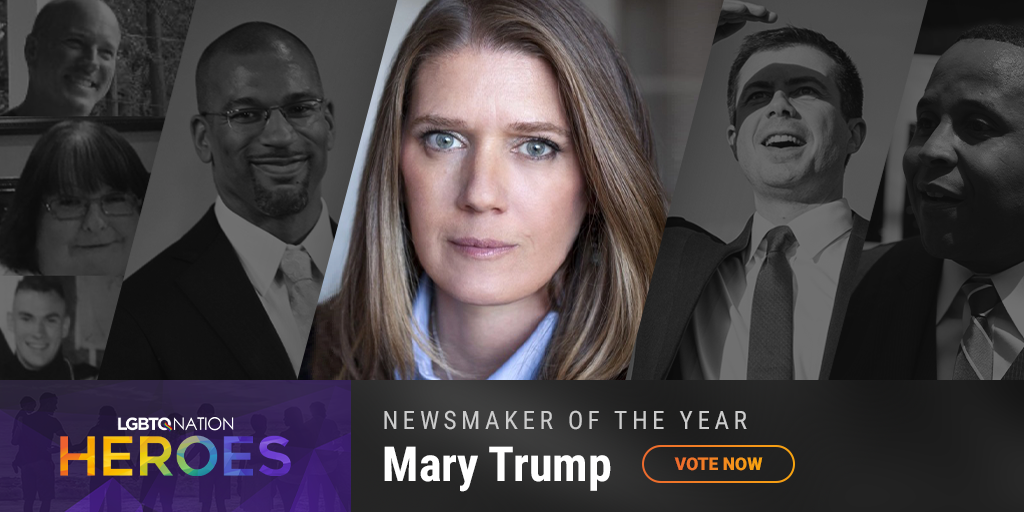 Mary L. Trump shook the nation with her tell-all book about the Trump family, Too Much and Never Enough: How My Family Created the World’s Most Dangerous Man, where she exposed the racism, trauma, abuse, and homophobia that led to the walking catastrophe that is her uncle, Donald Trump.

The daughter of Donald’s older brother, Fred Jr., she earned degrees of English Literature from Tufts and Columbia and a PhD in clinical psychology from Adelphi University. She has long opposed Donald Trump’s ascent, endorsing Hillary Clinton in 2016 and Joe Biden’s current campaign.

Following his election, she became a key source in the New York Times’ Pulitzer Prize-winning investigation into Donald Trump’s financial practices. Facing a lawsuit from uncle Robert Trump, allegations of violating a non-disclosure agreement, and the scrutiny of writing a first-person perspective on the sitting president and his family, she pressed on and the book has already sold 1.5 million copies since it was published in mid-July.

The homophobia she witnessed in the family – most notably from her grandmother and Donald Trump’s mother, Mary Anne MacLeod Trump – kept her from coming out to her family. She married her now ex-partner without inviting any of them. 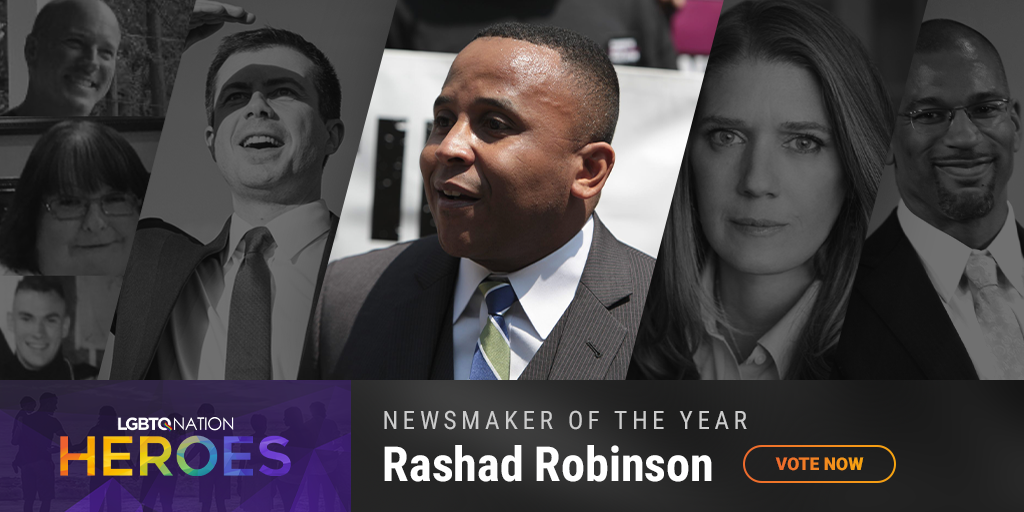 Rashad Robinson, the head of Color of Change, led an advertising boycott of Facebook that cost the social network at least seven billion dollars. Major corporations bolted to protest the site’s acceptance of hate speech on the platform.

With a campaign called Stop Hate for Profit, Robinson caused the public loss of sponsors including Coca-Cola, Disney, General Motors, and Honda, to pressure Facebook to address Color of Change’s 10 demands. The social media giant is finally addressing its longstanding policy of ignoring inflammatory and hateful content that has spread to so many people on its platform.

Robinson – included in the HuffPost’s list of people that “will shape the world in the next decade” – has challenged other institutions including Airbnb, ALEC, Google, and Fox News to address issues around race and diversity.

Prior to being named executive director of Color of Change in 2011, Robinson was GLAAD’s senior director of media programs and previously worked at Showtime Network, The Education Trust, and FairVote – among other organizations. He appears regularly on BET, CNN, MSNBC and NPR. Robinson is also the spokesperson for the Voting While Black PAC and has written for The Guardian, Washington Post, USA Today, and the New York Times.