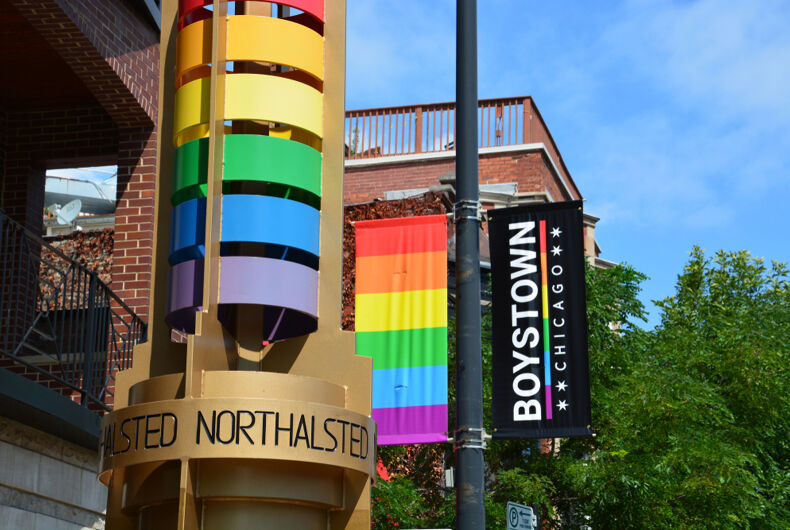 Rainbow streetscape along North Halsted St. in the Boystown neighborhood of ChicagoPhoto: Shutterstock

Chicago’s Boystown gayborhood will never be the same. It will be better.

Instead of a gay male-centric name that has helped to foster a sense of exclusion for the rest of the community, the neighborhood will be referred to simply as Northalsted. A petition by local LGBTQ residents spurred the change.

The name was given to the area by the local business association in the 1990s. The board of the organization, the Northalsted Business Alliance, is all-male.

The name started as a joke, but as time passed it became the standard name of the neighborhood at a time when gay men dominated the area. Activists say the name Boystown and the makeup of the group prove it still is.

Signs on the area’s streets declare the neighborhood is “for the boys.”

“It definitely felt like we should be doing something about it,” Northalsted Business Alliance spokesperson Jen Gordon told Chicago Tribune. “If (the name Boystown) was making even a small percentage of people feel uncomfortable, it’s not something we should be using to promote the neighborhood.”

The area has been plagued with problems with racism and transphobia over the years.

Last year, a gay bar was forced to reverse a racist ban on rap music in an effort to push out Black customers. A recent protest march in solidarity with Black transgender people didn’t have the support of local activists, who said they were being “tokenized” by “white-owned businesses and institutions in Chicago that have historically upheld anti-Blackness and transphobia in the queer and trans community, and across the city.”

“North Halsted businesses and their board have tokenized people when it is convenient for their profits or image, while marketing their businesses to gay men only.”

Most American gay areas are named for the neighborhood they’re in, like the Castro, West Hollywood, Greenwich Village, or the Montrose.