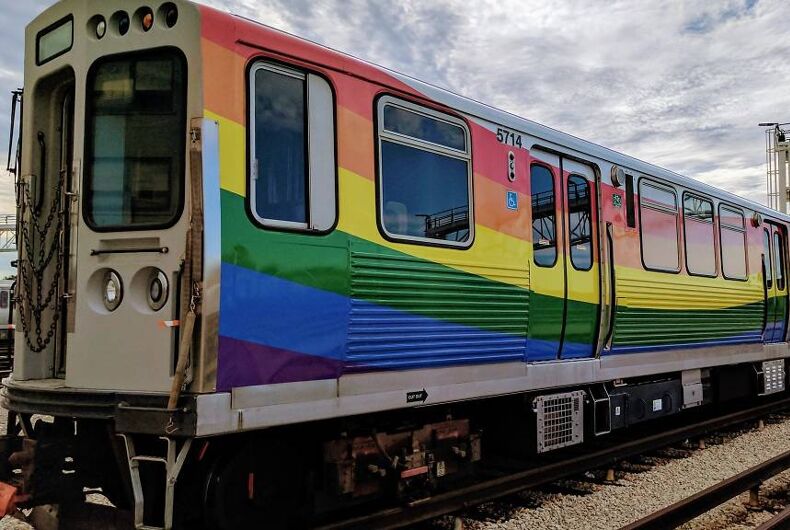 One of the rainbow train cars in Chicago.Photo: CTA

Some trains on the north-south Red Line will bear pride colors this month. CTA wrapped some of the cars in rainbows, like they did in 2017 and 2018.

The Howard Brown Health Center sponsored the cars, and they’re decorated on the inside with images highlighting the center’s diverse patient population.

14 crosswalks in Boystown, Chicago’s gay village, will also feature pride colors. 13 of them are rainbows, and one is in the colors of the transgender flag.

Related: A Trump hotel in Chicago was lit up in rainbow colors for pride

The crosswalks were painted last week in honor of Pride Month.

“Fifty years ago, it was against the law for homosexuals to congregate,” Stu Zirin of the Northalsted Business Alliance told the Chicago Sun-Times. “The police would arrest us.”

“As we step onto the crosswalks, we have to remember our history and how hard it was — as we look forward to a bright future,” he added.

The crosswalks were paid for with donations collected during Chicago Pride Fest and North Halsted Market Days.