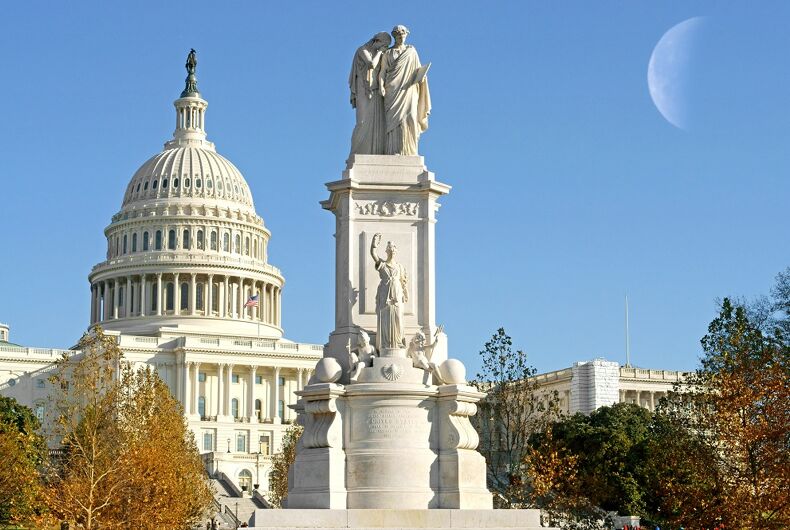 As a Jew, a feminist, and a social justice activist, I am kvelling seeing Justice Ruth Bader Ginsburg Lying in State in the Hall of Statues at the United States Capitol. Her life fulfilled the promise of Tikkun Olam. May her memory be a Blessing!

At this solemn time, however, I must ask several critical questions:

Washington, D.C. is one of the most popular tourist destinations not only within the United States, but internationally as well. Upon leaving the capital area and returning home, many visitors are somehow forever transformed. The Washington, D.C. experience represents an important and inspiring, yet limited, partial, and narrow vision of our complete national history and our collective consciousness.

First, while our monuments, statues, and memorials honor our country’s luminous heroes, an extraordinarily few pay tribute to our nation’s women and persons of color.

And second, the gleaming and stirring monuments and memorials, though certainly moving, appropriate, and important in that they keep us forever connected to an aspect of our past while helping us progress into the future, primarily embody and give testament to our nation’s past wars, and honor primarily presidents who either served during wartime or achieved prominence in war.

Thus, the symbolic and literal narrative of our nation’s capital speaks only part of our collective story. The fulcrum on which the foundation of this narrative rests represents an important though incomplete story, primarily about white male leaders with armed conflict as the organizing principle.

A Peace Monument, ironically also known as the Naval Monument or Civil War Sailors Monument, stands on the grounds of the United States Capitol in Peace Circle at First Street, N.W., and Pennsylvania Avenue. It includes classically robed female figures on top. One represents Grief with her face covered and weeping against the shoulder of the other, representing History. History holds a stylus and tablet with the inscription, “They died that their country might live.”

Standing below Grief and History, another life-size classical female figure representing Victory holds a laurel wreath and an oak branch, signifying Strength. Below Victory sits the infant Mars, the god of war – on a supposed “Peace” monument? – and the infant Neptune, god of the sea.

As truly important and inspiring as the memorials and monuments around the District of Columbia are, where are the monuments to women? Where are the more than occasional tributes to people of color?

And where are the tributes to peace and to the peacemakers, not just in D.C. but throughout the nation?

Where are our memorials and monuments to the diplomats and the mediators; to those working in conflict resolution; to the activists dedicated to preventing wars and to bringing existing wars to diplomatic resolution once they have begun; to the individuals of conscience who refuse to give over their minds, their souls, and their bodies to armed conflict?

Where are our memorials and monuments to the practitioners of non-violent resistance in the face of tyranny and oppression; to the anti-war activists who strive to educate their peers, their citizenry, and, yes, their government about the perils of unjustified and unjust armed conflict and incursions into lands not their own in advance of appropriate attempts at diplomatic means of resolving conflict?

Individuals and groups that stand up and put their lives on the line to defend the country from very real threats to our national security, as do those in our nation’s military, are true patriots.

But true patriots are also those who speak out, stand up, and challenge our governmental leaders, those who put their lives on the line by actively advocating for justice, freedom, and liberty through peaceful means.

Looking over the history of humanity, it is apparent that tyranny, at times, could only be countered through the raising of arms. On numerous occasions, however, diplomacy has been successful, and at other times, it should have been used more extensively before rushing to war.

We must all find it unacceptable when one’s patriotism and one’s love of country is called into question when one advocates for peaceful means of conflict resolution, for it is also an act of patriotism to work to keep our brave and courageous troops out of harm’s way, and to work to create conditions and understanding that ultimately make war less likely.

First, Congress needs to pass a bipartisan resolution to increase the number of statues and memorials to honor this country’s women heroes and heroes of color.

Second, Congress must set aside a parcel of prime land on the Capitol Mall in D.C. for the installation of a highly-visible and permanent United States Monument to Peace and Peacemakers, and residents as well as business and corporate leaders throughout this country should donate financial, moral, and tactical support to coordinate the design and development, and to cover the costs of such a monument.

Third, local communities should develop residents’ counsels to work toward the establishment of regional and local Monuments to Peace and Peacemakers throughout the country to honor individuals and groups that have in the past and continue to work through peaceful channels.

The national, state, and local Monuments to Peace and Peacemakers could be connected to institutions of research and learning, which will serve as archives, libraries, and living teaching centers of continuing education for ourselves, our children, and for the generations yet to come.

We are once again a divided nation: politically, philosophically, economically, and spiritually. The theme of “values” has been dominant in recent public and political discourse.

The promotion of peace should rank as one of the highest values deserving our immediate and sustained attention. The creation of Monuments to Peace and Peacemakers, to women, and to people of color can help us heal the divisions, can help to bridge the gaps in our national consciousness, and help bring us together.

It is time to let the healing begin.