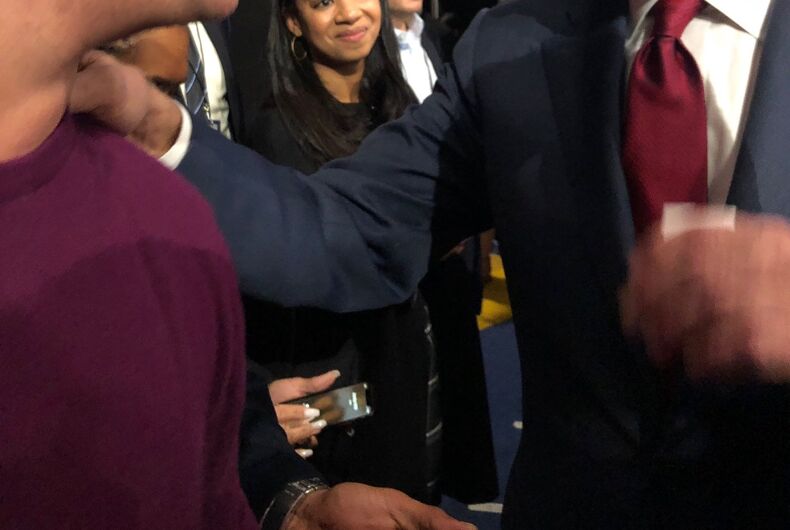 With the news that Donald Trump plans to nominate Judge Amy Coney Barrett to fill Justice Ruth Bader Ginsburg’s seat on the United States Supreme Court, the stakes for the LGBTQ community couldn’t be higher.

Not only is Judge Barrett an acolyte of the late notoriously anti-gay Justice Antonin Scalia, but she is a well-known right wing religious extremist in her own right. During her confirmation hearing to be a circuit court judge in 2017, Senator Dianne Feinstein said to Barrett, based on her record, that “the dogma lives loudly within you.”

On all of the important issues, from women’s rights to Obamacare to LGBTQ rights, Barrett would be an absolute disaster for our country.

Based on the current numbers in the Senate, it appears that Barrett is likely to be confirmed. It is for this reason that Joe Biden, if he is elected President in a little more than 6 weeks’ time, must take drastic, historic action.

The fact is, based on Mitch McConnell’s own reasoning during the Merrick Garland debacle, that this is an illegitimate nomination. In that case, there was almost a year left in President Obama’s term – yet they did not allow him to fill the vacancy.

This time, the vacancy became available 46 days before the election. There is no rational basis to say that this is anything but a hypocritical power grab by the GOP.

The only way to rectify this assault on our institutions is for President Biden to add additional Justices to the Supreme Court – or “pack the court,” as the expression goes. The current court structure is not an accurate representation of what the American people want. Justices Roberts and Alito – appointed by President George W. Bush – and Justices Gorsuch, Kavanaugh, and soon likely, Barrett – appointed by President Trump – were all nominated by Presidents who didn’t win the popular vote. As of now, that’s 5 out of the 9 seats appointed by two conservative, highly unpopular administrations.

People sometimes try to discredit this idea by referencing President Franklin Delano Roosevelt’s failed attempt to expand the court back in the 1930s. The circumstances this time around, however, are very different. The Constitution gives Congress full discretion when it comes to deciding the number of Supreme Court Justices. If Democrats keep the House of Representatives, take back the Senate and win the White House, it is totally within our prerogative to make this change.

If we don’t, the consequences for the LGBTQ community and our entire nation will incalculably devastating. That would mean that the court will skew more conservative than it has since at least the 1950’s, and could stay that way for many decades to come.

All of our rights – marriage, adoption, access to healthcare, and more – could all be gone. Even if a President Biden tries to pass legislation to protect and support us, it could easily face challenges in the judiciary and get overturned by the right-wing SCOTUS majority.

That’s why we need to fight and push as hard as we can so that Joe Biden makes addressing this issue one of his top priorities as soon as he takes office. If we don’t, even if we manage to win the upcoming election, America make take a very dire turn for the worse.

Ruth Bader Ginsburg is the first woman & the first Jew to Lie in State. It’s about time.