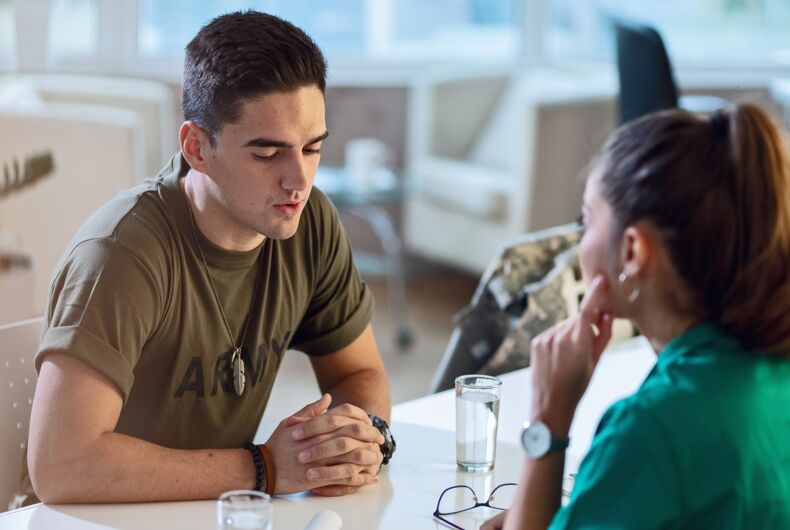 A federal judge has denied the Trump administration’s request to dismiss a lawsuit filed by two former U.S. military cadets against the military’s inconsistent policies prohibiting people living with HIV from signing up for service.

Both Deese and Doe were discharged after testing positive for HIV even though their superior officers and military healthcare providers thought they could continue serving without special accommodations for their health, according to Metro Weekly. Military policy bars people living with HIV from commissioning as officers, joining the military, or serving in combat zones.

U.S. District Judge Richard Bennett refused to grant the Trump Administration’s request to dismiss all charges, partly because Bennett believed Deese and Doe are likely to succeed on their legal claims.

In his decision, Bennett wrote, “There is simply no basis to hold that officers must be free from HIV even if they are physically capable of service and would otherwise be able to deploy. The military’s policy of withholding officer commissions from HIV-positive service members renders those service members second-class citizens. That is precisely what the equal protection clause forbids.”

The DoD’s anti-HIV policies are informally nicknamed “Deploy or Get Out.” In short, the policies forbid HIV-positive service members from being deployed outside the U.S. for more than a year. Because of this, they can be immediately discharged, prevented from enlisting or from becoming officers because the policies won’t allow them to serve to their full ability.

Matthew Thorn, president and CEO of the LGBTQ military organization OutServe-SLDN, said that the military’s handling of HIV-positive people is inconsistent and confusing. The application of policies can differ between different military branches, types of deployment assignments, military occupational specialties or even a commanding officer’s wishes.

“There’s no universal application for how the [DoD] approaches service members who are living with HIV. It’s a very broken system,” Thorn said.

Thorn also said it’s unclear how many people have been dismissed under the policies as many service members may never contest their dismissals out of fear or ignorance of their legal rights.

Peter Perkowski, legal director of the Modern Military Association of America, a group that’s representing Deese and Doe, said that the military’s policies are stuck in 1986, the year the military began testing members for HIV. He asserted that modern medications make the virus nearly impossible to transmit to others, even in close living quarters and combat situations.

Perkowski added that the DoD’s policies just perpetuate anti-HIV stereotypes while wasting taxpayer money on well-trained recruits who are suddenly denied their right to serve just for having a manageable chronic illness. The military allows service members with other comparable chronic illnesses and manageable medical conditions to enlist and travel abroad.