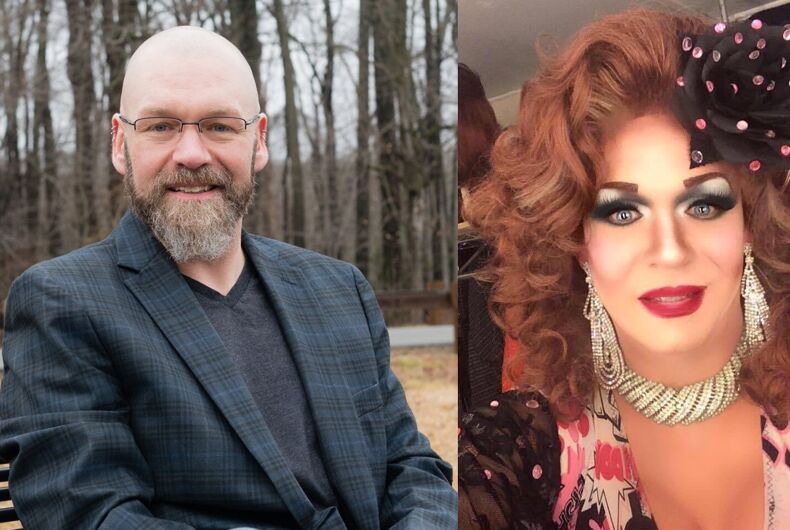 Morrison is also a drag queen who performs under the name “Anita Mann.” Jacques, the incumbent, was a staunch opponent of LGBTQ rights.

Jacques had already lost one skirmish with Morrison when he launched an attack against the progressive for holding a drag show as a campaign fundraiser. When his bigoted remarks failed to land, he backtracked and apologized.

“That is so far off-base for our district, it’s unbelievable,” Jaques originally told The News Journal in November 2019. “You wonder what the point is. You can have fundraisers, I don’t care about that. But dressing in drag? Really?”

“I’m not sure he represents the people who attend those places of religion. If he’s actually having a fundraiser in drag, I don’t think those churches would endorse that… I’m just saying it’s a little different, that’s for sure.”

After the newspaper printed the quote and local Democrats reacted with outrage, Jacques tried to smooth things over.

“It is wrong to attempt to pass judgment or impose one person’s belief structure onto others,” Jaques said in a statement. “My job as a State Representative is to represent all constituents of the 27th District, regardless of gender, race, creed, orientation or identity, period.”

But Jacques record on LGBTQ rights shows that he’s attempted to impose his own beliefs on residents since taking office.

“However, unfortunately, this does not change the fact that Rep. Jaques voted against same-sex marriage in 2013, and refused to vote yes or no on banning the barbaric practice of conversion therapy for Delaware’s LGBT minors in 2013,” Morrison noted after the state representative apologized. “Those votes trouble me today and will always trouble me.”

Now there’s no need to worry about anti-LGBTQ votes from that district. Fabulous.

I live in Delaware. Eric Morrison is known locally as Anita Mann and she’s fabulous! pic.twitter.com/IxjiH7K3Up