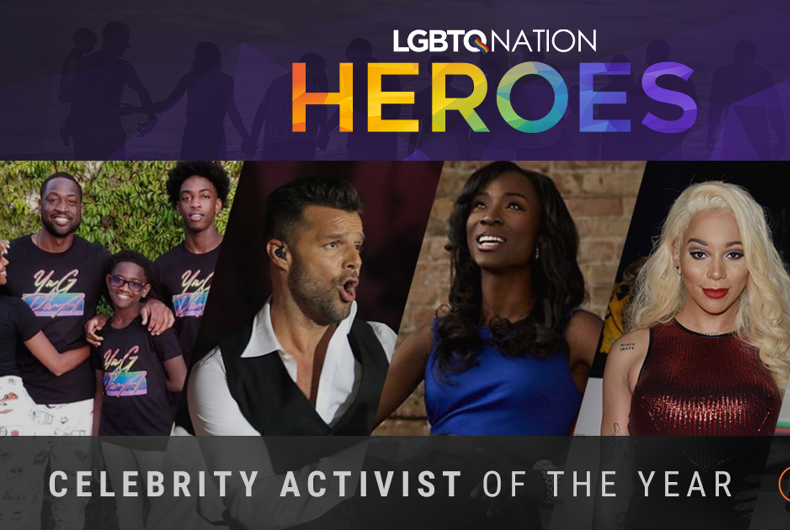 Who will be LGBTQ Nation's Celebrity Activist of the Year?

The LGBTQ Nation Celebrity Activist of the Year honors the most effective and consistent use of the public spotlight for LGBTQ advocacy.

This award goes to an out queer celebrity that uses their fame and following to give back to the LGBTQ community. Whether using their position to support community organizations, or to publicly advocate for LGBTQ issues, they don’t let their sexual orientation or gender identity define them or their career, but they don’t overlook it, either.

They understand the importance of their position and use it to expand the stage for other LGBTQ individuals.

The nominees for 2020 Celebrity Activist of the Year 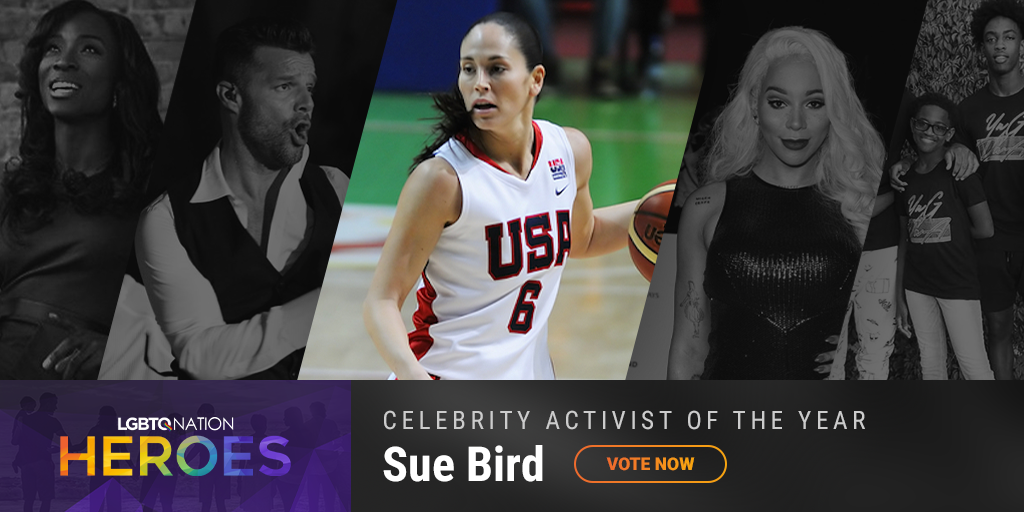 Bird, a 4-time Olympic Gold medalist and 3-time WNBA champion, has played for the Seattle Storm her entire WNBA career, earning 11 All-Star team nominations and being the league’s all-time leader in assists.

In wake of Loeffler’s statements opposing Black Lives Matter and allegations that she had used information from Senate briefings to make decisions about corporate stocks that she holds, calls intensified for the Republican to be forced out of the WNBA and made to sell her ownership of the Atlanta Dream. In lieu of that, the league’s stars – including some members of the Dream – have led efforts to elect Loeffler’s opponent in the upcoming election, Rev. Raphael Warnock.

This has most notably included athletes wearing “Vote Warnock” t-shirts in the warm-ups of various games, an idea devised by Bird. Bird, who is dating soccer star and fellow celebrity activist Megan Rapinoe, has been a consistent supporter of Black Lives Matter and co-wrote an essay with Nneka Ogwumike on the importance of social justice and racial equality. 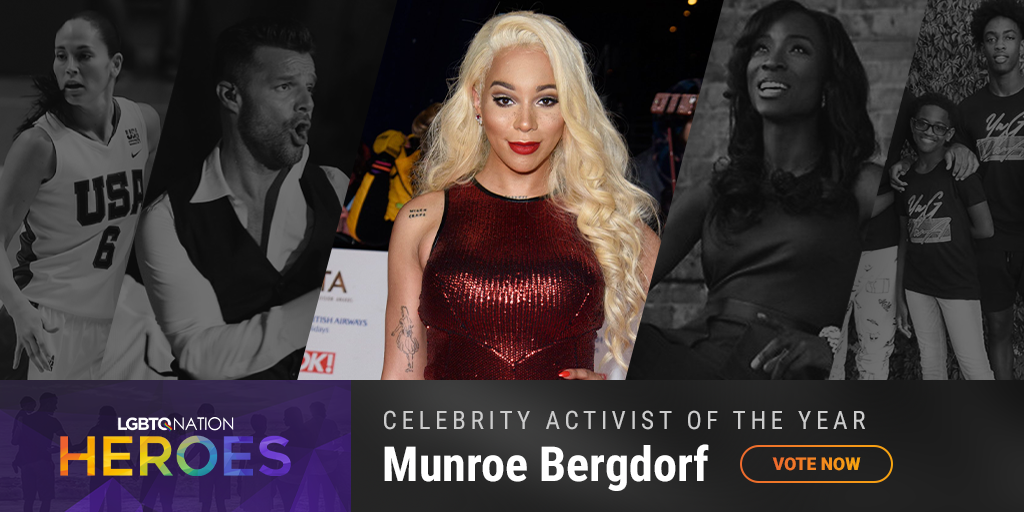 Model Munroe Bergdorf made headlines when she was fired from L’Oreal for speaking out against white supremacy, only to be rehired after Black Lives Matter protests swept the globe.

Three years ago, Bergdorf was fired as L’Oreal’s first transgender model in the United Kingdom over comments on white supremacy only to be rehired after BLM protests erupted earlier this year. As a model and activist, she has remained an active voice for LGBTQ people.

Bergdorf is currently serving as a Changemaker for the United Nations, a patron for the charity Mermaids, and as LGBTQ+ Editor of Dazed Digital’s beauty section. She received an honorary degree from the University of Brighton after initially studying there. She has written or had her words shared in Vogue, The Independent, The Times, and Teen Vogue on topics like mental illness, digital harassment, and trans feminism.

Her engagement with over 500,000 people directly via Instagram alone has made her one of the most influential international voices on gender and sexual identity. 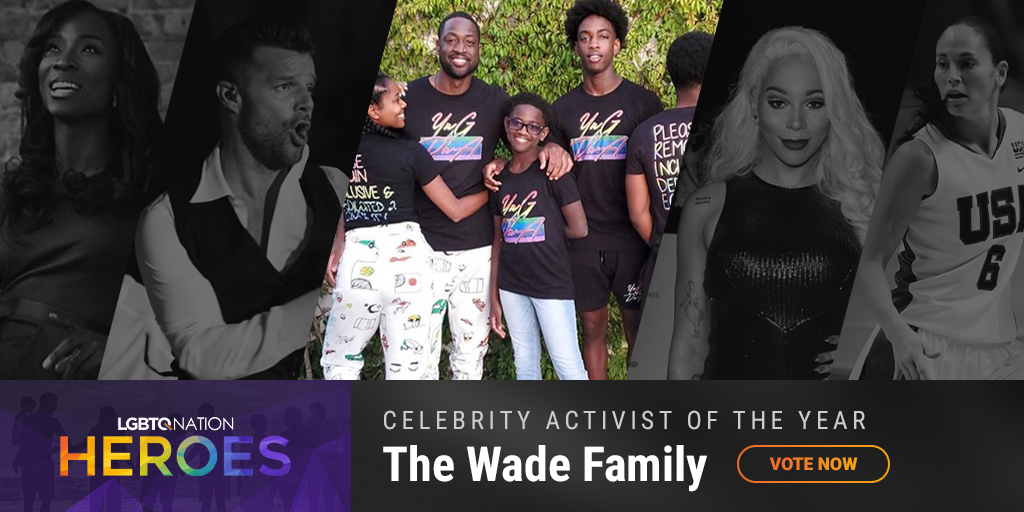 Retired NBA player Dwyane Wade, his four children – Zaire, Zaya, Xavier, and Kaavia – and his wife, award-winning actor Gabrielle Union, have proudly championed LGBTQ causes, especially since Zaya came out as trans in February. In addition to Dwyane’s athlete nephew, Dahveon Morris, who has lived with the Wades since 2013, the group have regularly appeared at Pride events and in media on behalf of LGBTQ causes.

For his part, Dwyane – a 3-time NBA champion – has publicly admitted his past ignorance on issues regarding trans people, and opened up about having to learn about LGBTQ issues to support his daughter. Union, in addition to arguably being most visible in supporting her stepdaughter’s transition, has also found time between roles in L.A.’s Finest and Netflix’s Fearless to speak on witnessing racism and abuse of power in the entertainment industry – such as her time as a judge on America’s Got Talent. 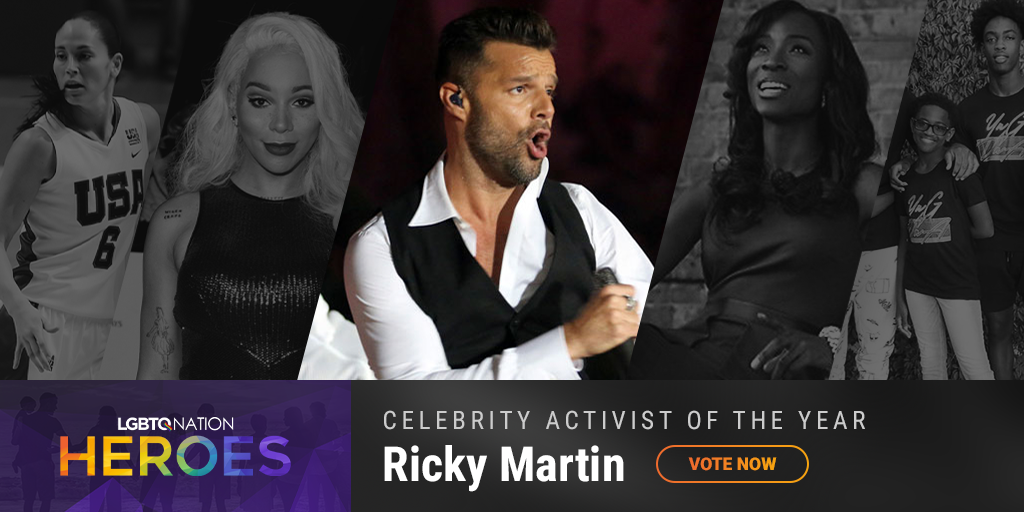 Latin pop icon Ricky Martin pushed back against legal changes that would erase LGBTQ rights in Puerto Rico and joined days-long protests against the island’s former governor. Not only was he on the ground protesting along with 2 million people in Puerto Rico, but he was also the subject of some of the governor’s leaked correspondence that spurred outrage.

In addition, he continues to advocate as an ambassador of UNICEF, created a campaign with Project Hope that supports medical workers combatting COVID-19, and started the hashtag #knowthestruggle in support of Black Lives Matter. Martin received a National Visibility Award from the Human Rights Campaign this past October.

Outside of activism, the father of four has filled his time with an upcoming memoir and recording two EPs, Pausa and Play. 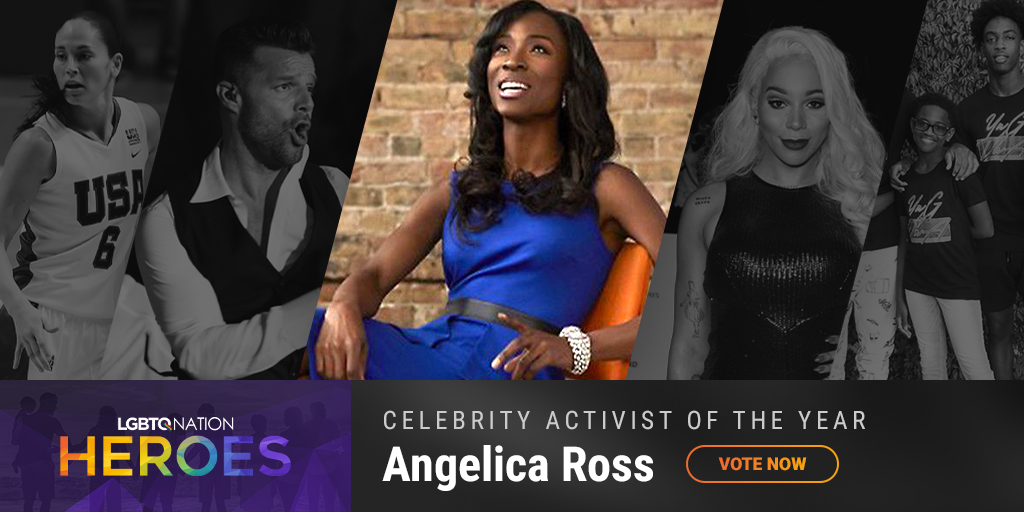 Additionally, Ross was a speaker at the National Trans Visibility March on Washington and the face of a recent Louis Vuitton campaign. She has signed a deal with the production company Pigeon – run by TV showrunner Paul Harrison – to develop future projects.

Prior to her breakthrough as an actress, Ross created the creative consulting company Miss Ross Inc – which she still runs – and was a coordinator at the Trans Life Center. Deemed the “1st Foot Soldier of the Year” by Melissa Harris-Perry in 2015 and one of the “Top 10 LGBT+ Executives” by Financial Times, Ross continues to make strides for trans and gender non-conforming people across multiple industries.

She has also garnered two GLAAD Media Awards, a National Visibility Award from the Human Rights Campaign, and was included in Queerty’s Pride50.

Man allegedly shot at a woman because she called him gay