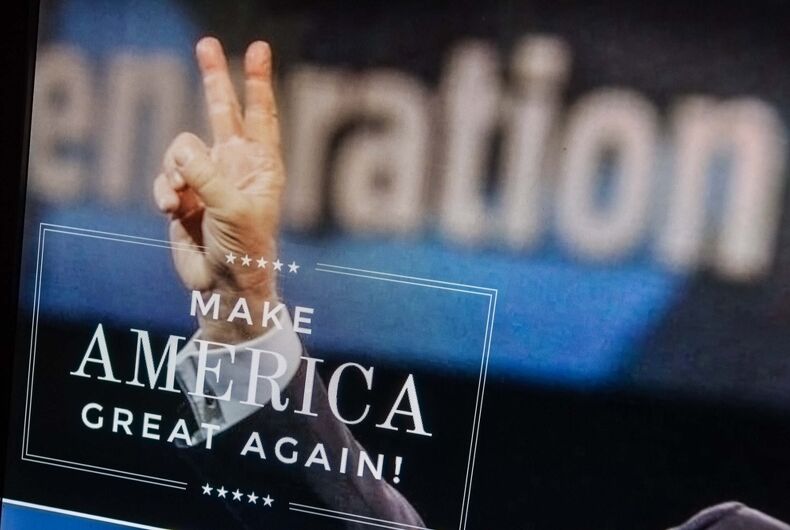 The United States stands at an inflection point. It must decide whether it remains entrenched within an individualist white supremacist patriarchal framework or whether it works to develop and maintain a truly equitable collectivist pluralistic structure.

Erik Erikson, the preeminent developmental psychologist, asserted that individuals possess an innate drive for identity, an inborn lifetime quest to know who they are, which powers their personality development.

Educational psychologist, Anita Woolfolk defines “identity” as “…the organization of the individual’s drives, abilities, beliefs, and history into a consistent image of self. It involves deliberate choices and decisions, particularly about work, values, ideology, and commitments to people and ideas.”

In a basic sense, then, identity is the detailed and multifaceted answer to the question, “Who am I?”

Erikson proposed within his theory of psychosocial development that throughout life, individuals progress through a series of eight discrete periods or stages. During each stage they confront “identity crises” (or “developmental crises”) that they must successfully negotiate and resolve for them to advance to the next stage.

“Healthy development” at any one stage rests on meeting the challenges posed by the crises at previous stages.

For example, in Erikson’s “Stage 1” of the first year of life, infants are challenged to develop a primary sense of trust with the world around them. Depending on how they resolve this life stage, they will go on to either view the world as a predictable and manageable place, which they can influence (basic trust), or an unpredictable and volatile place over which they have little control (mistrust)

A crisis in the Eriksonian sense, however, need not be considered negative. In fact, in some Chinese dialects, the equivalent for “crisis” is a double-character word connecting “danger” with “opportunity.”

We must envision the developmental process not as either linear or as stepped in one direction forward, but rather as a continuing and ever-evolving cycle.

Erikson’s work on personal identity development and Clark’s work on institutional identity provide an important springboard for understanding the potential for charting the developmental identity trajectory of a nation by investigating opposing forces, which struggle, on one hand, to maintain and permanently entrench the status quo, and on the other hand, to transform a nation to a new, qualitatively distinct developmental position.

Assessing the United States of America

The fifth stage in Erikson’s developmental model relates to “Identity versus Role Confusion.” Identity continually evolves and transforms on the individual, institutional, as well as the larger societal levels.

The United States finds itself at this inflection point in which several challenges or crisis are testing its very identity.

This theme was best articulated during the recent Democratic National Convention with speeches from Michelle and Barack Obama, historian John Meacham, and the candidates for the highest elective office in the land, Joe Biden and Kamala Harris, who warned that our democratic institutions and our country’s soul are on the line this year.

At this critical inflection point, we as individuals and as a nation must assess and address what kind of nation we want going forward.

Do we want to maintain the long-entrenched legacy of white supremacy linked inseparably with patriarchy on one side of a continuum or spectrum, or, rather, do we want a society encouraging the active engagement of a greater sense of equitable pluralism of cultures and social identities on the other?

Do we want a nation perpetuating its foundational principle of rugged individualism or one emphasizing a greater sense of community and collectively on the other end of the spectrum?

White supremacy stands as a philosophy and practice of racial(ized) Christian nationalism in which “race” is defined in relatively narrow binary terms of “white” versus “others.”

The legacy of white supremacy from the time European colonial expansionists first stepped onto what today is commonly known as “the Americas” benefits not only those who fully embrace this racist philosophy, but clearly advantage those who fall into definitions of “white” whether they perceive or accept their unearned privileges based solely on their socially-constructed racial designation.

Throughout U.S. history, rather than characterizing refugees and immigrants in humanitarian terms, many conservative and nationalist activists use narratives representing refugees as invading hoards, as barbarians at the gates who, if allowed to enter, will destroy the glorious civilization we have established among the “lesser” nations of the Earth.

On a more basic and personal level, the rhetoric of invasion taps into psychological fears, or more accurately, terrors of infection: our country, our workplaces, and more basically, our private places in which “aliens” forcefully penetrate our bodies, into our orifices, and down to the smallest cellular level.

The continuing spate of police killings of unarmed black and brown people and the public outcry and movements they have sparked, for example, #BlackLivesMatter and #SayTheirNames, have pushed people to address these questions of what kind of a nation to we want to become at this specific time in our history.

What is patriarchy? A society is patriarchal to the degree that it promotes male privilege by being male dominated, male identified, and male centered. It is also organized around an obsession with control and involves as one of its aspects the oppression of women.

Patriarchal individualistic societies oppress and inhibit women’s reproductive freedoms, encourages the inequities in salaries between men and women, establishes and maintains the massive development of wealth for a very few while encouraging the enormous financial disparities between the very rich and everyone else, and many other issues.

The perennial incidents of sexual harassment and abuse of primarily women and girls, and also of men and boys, has inspired more people to stand up and speak out. This has given rise to movements such as #MeToo and others insisting that this abuse end and the full parody and equity between the sexes and genders become the new norm.

Toxic forms of hypermasculinity require the promotion and use of firearms to keep at bay the intensive psychosocial compulsive fear and dread of penetration from bullets, from homosexuals, from people of color and immigrants, and from the female gaze since patriarchy promises males the right to the aggressive outward intrusive gaze, the right of penetration of “others.”

The ever-increasing rates of firearms ownership and gun violence, founded on the battle cry of supposed “personal freedom and liberty,” and the public outcry and movements they have sparked, for example, #MarchForOurLives, #Everytown, #MothersAgainstGunViolence, and others have also challenged our nation to address and resolve these questions of what kind of nation we want at this specific time in our history.

Within an individualistic patriarchal system founded on white supremacy, which must dominate “othered” bodies, the power structure treats the Earth itself as an abject “othered” body, which it must control to remain in power.

The ever-increasing human degradation our own sensitive planet and the public outcry and movements they have sparked have demanded that we change the ways we live and consume before we irrevocably place ourselves and the entire Earth on the endangered species list.

These borders establish a polarity of exclusion in various degrees on one side and inclusion on the other. This structure is established and enforced on the societal, institutional, and individual/interpersonal levels.

The most extreme and overt forms of oppression are directed against those who most challenge, confound, or contest these binary frames established within societal norms.

Equality and equity of women and girls, of LGBTQ people, of people of color, of young people and of our elders, of people with disabilities, of people from differing linguistic and cultural backgrounds, these and others all challenge the hierarchal binary structure entrenched within individualistic patriarchal and white supremacist systems of domination.

The Jewish immigrant to the United States and sociologist of Polish and Latvian heritage, Horace M. Kallen, coined the term “cultural pluralism” at the beginning of the last century to challenge what came to be called the so-called “melting pot,” which he considered inherently undemocratic.

Kallen envisioned a country in the image of a great symphony orchestra, not sounding in unison (“monoculturalism” with its cultural homogeneity), but rather, one in which all the disparate cultures play in harmony and retain their unique and distinctive tones and timbres.

Embracing cultural pluralism engages us to value and strengthen cultural diversity, works to reduce prejudice and discrimination against oppressed groups, and promotes human rights for all. It works to advance us as a nation toward equal opportunity and social justice to bring about a more equitable distribution of power and resources among and between peoples of diverse cultural groups.

As we move forward as a nation, we stand at a crisis point in our identity development. On one side of the continuum, we can remain even further entrenched at the individualist white supremacist patriarchal position or we can advance further toward the collectivist pluralist side.

How we resolve this crisis, or rather, opportunity, will determine our standing among other nations, the solvency of our democratic institutions, and the very soul of the United States of America.