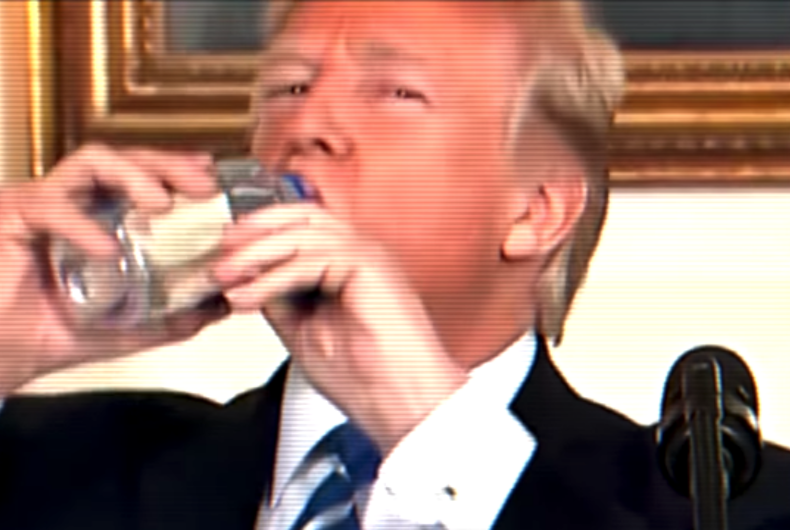 Donald Trump is depicted as being sick and frail in an adPhoto: Screenshot

The Lincoln Project, a group of disaffected Republicans opposed to Donald Trump, is beating the President at his own game. They’re getting under his skin.

The group’s nonstop cutting ads, generated within hours of Trump’s latest verbal atrocity, air on cable news and online. They pull no punches, pointedly calling out Trump as a racist and unfit for office.

The group doesn’t target persuadable voters as much as one specific voter: President Trump. The ads mainly air in Washington, DC (hardly a swing state) and, when they know the President will be traveling to one of his golf resorts, the television market in that area. They want him to see the ads.

After the group posted a video of Trump gingerly walking down a ramp at West Point and using both hands to hold a glass of water to his lips, the Lincoln Project quickly made an ad saying, “Trump is not well.” Sure enough, in one of his campaign rallies, Trump brought up the insinuation, defending his physical stamina and making excuses for why he needed help, going so far as to drink a glass of water to prove he is fit for office.

Playing off of Trump’s well-known paranoia and obsession with being percieved as a strongman, one ad specifically targets the President’s mental instability.

Portland is how it starts. pic.twitter.com/RgWWRujfqy

After Trump gassed protestors in front of the White House so he could walk across a park for a photo op in front of a church holding an upside-down Bible, they ran this one.

📺 @realDonaldTrump is no longer hiding that he’s a brazen authoritarian, so desiring of control and power that he’s willing to turn our once peaceful cities into war zones.#AmericaOrTrump pic.twitter.com/8Kn5Zi14Qx

On Trump’s support for the Confederate flag and racism:

Did I tell you about the time I took a bubble bath with Nina Simone?