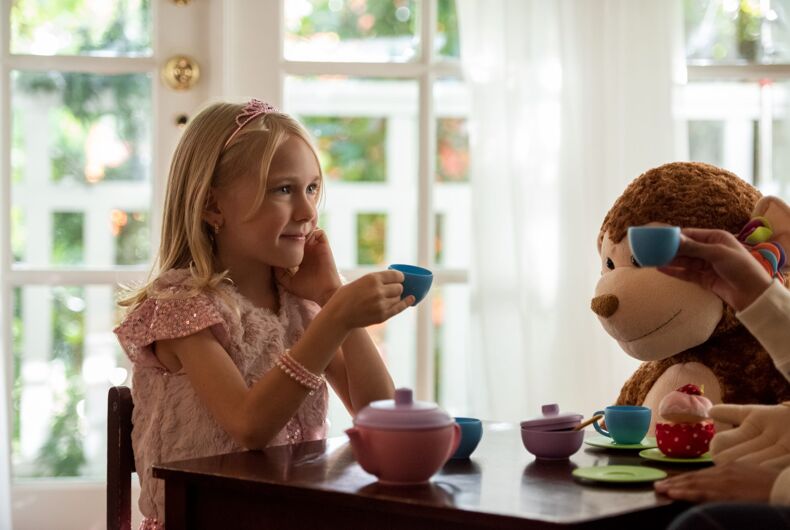 A transgender child actor appeared in an episode of the 2020 Baby-Sitters Club television series.

Kai Shappley, 9, appeared in an episode of the 2020 Netflix series entitled “Mary Anne Saves the Day,” where she plays “Bailey,” a transgender child.

The Baby-Sitters Club is based on the books by Ann Martin of the same name. Ten episodes of the series are currently available on Netflix.

In 2017, Kai’s mother Kimberly Shappley talked to Good Housekeeping about being a Christian mother with a transgender daughter who “was verbalizing that she was a girl at least six times a day” since she was three-years-old.

“I used to lead a small ministry teaching Bible study, and I didn’t support or condone those living the LGBTQ lifestyle,” Kimberly  said.

When she was four, Kimberly “stopped punishing Kai for ‘acting girly.'”