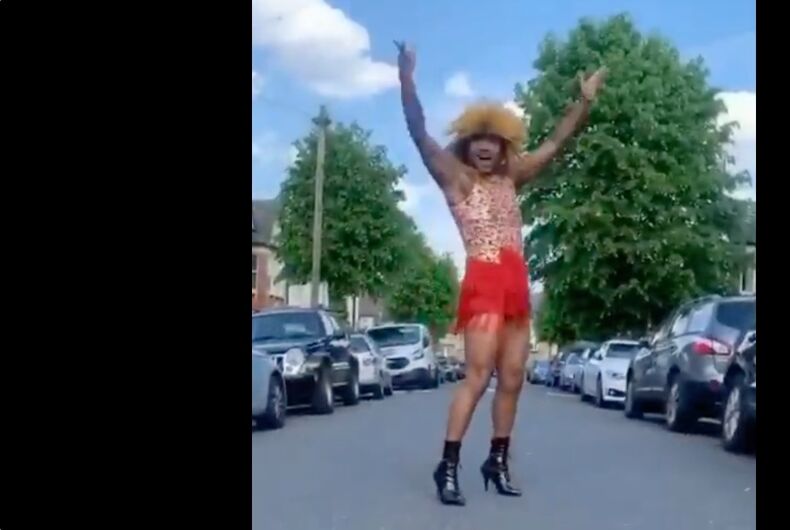 British dancer Austyn Farrell helped his neighbors survive coronavirus with their sense of humor intact. While prevention measures had people staying at home, Farrell entertained his neighbors with dance routines performed in the street.

Our sister site, Queerty, is highlighting one of Farrell’s best – a rendition of Tina Turner’s “Proud Mary” that has residents leaning out their windows and dancing in their front yards.

Related: Betty White is coming back to television. Finally there’s good news in 2020.

Monday through Friday, Farrell was out in the street creating elaborate numbers featuring everything from Disney Princesses to Dolly Parton. His rendition of “9 to 5” even got a response from the singer herself.

After his Tina impression was shown on British television, Gays Like U sat down with Farrell who said, “As a people person, I like to try put smiles on people’s faces.”

He can consider it a job well done.

🎥 @alankitrell Thanks for another week of love! all fun and games but some of the comments do really mean a lot so thank you ❤️ have a fantastic weekend! Cup Kumka 🙏

@dollyparton what have you been up to? 🎥 @alankitrell