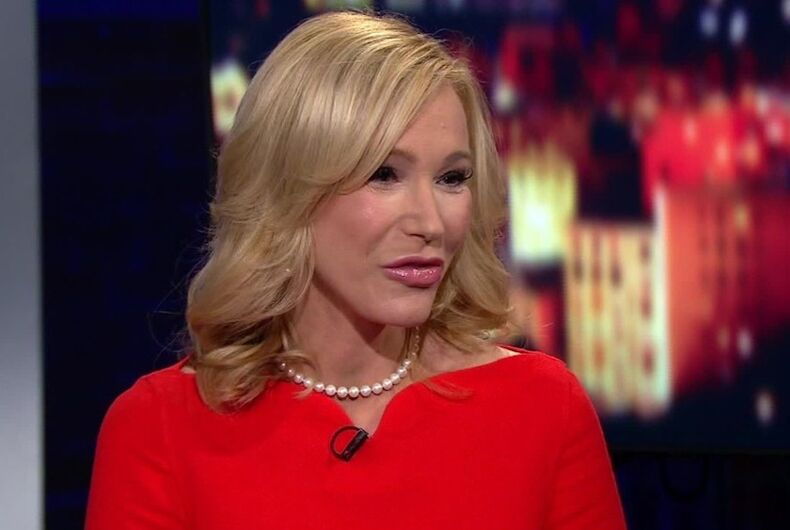 White, Trump’s “personal pastor,” also works in the Office of Public Liaison, the division of the White House that puts out propaganda meant to drum up support for the president’s initiatives and solidify his base’s support.

White was already named as a member of Trump’s Evangelical advisory board before his 2016 inauguration and believes God personally assigned her to be his spiritual advisor.

She has “warned of consequences from God for those who don’t stand with the president” stating that those who oppose him are “fighting the hand of God.” She also says that she has personally “anointed” the White House into “holy grounds” through “the superior blood of Jesus.”

All five have long and noxious histories of attacks on the LGBTQ community.

Reed, for example, is the head of the Faith and Freedom Coalition and the former executive director of the Christian Coalition, who once appeared in a film called “Gay Rights, Special Rights” and compared homosexuality to polygamy and infidelity.

He also wrote an op-ed where he said that LGBTQ rights are a “dagger aimed at the heart of religious freedom” and would force schools to “allow men to show up for work dressed as women.”

Franklin – who once said he felt “a real sadness for America” when Barack Obama came out in support of marriage equality – was recently sued by another one of Trump’s evangelical advisors, “alleging fraud, unjust enrichment, and deceptive practices,” according to the American Independent.

In Lee’s book, In God We Still Trust: A 365-Day Devotional, he wrote, “Preserving the traditional family is vital to America’s future.” He wrote that it is “the God-ordained truth that marriage is one man and one woman.”

Jackson and King also have long histories of anti-LGBTQ rhetoric.

Though she touts herself as a non-denominational Christian, White spreads the so-called “prosperity gospel” that believes God rewards his most faithful followers with great wealth, health and other riches.