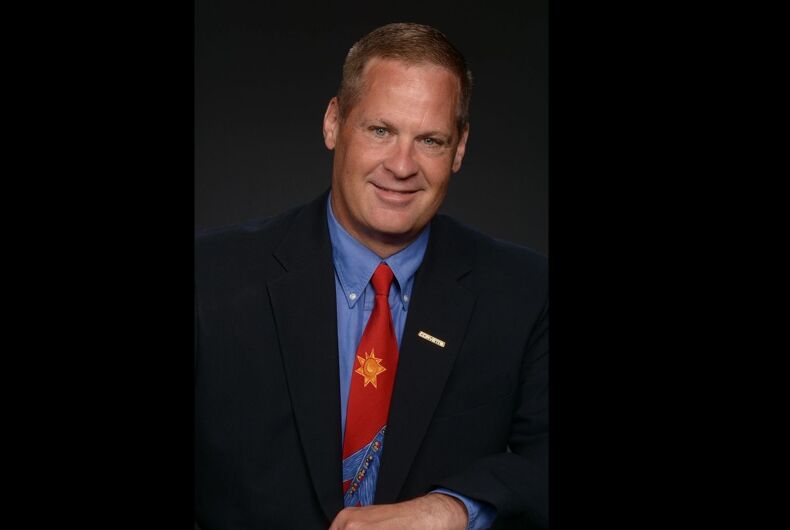 Text messages sent by a sheriff candidate in Michigan show that he joked about shooting a gay couple holding hands in public.

Terry King is running in the August Republican primary for sheriff of Alpena County in northern Michigan against his former boss, Sheriff Steve Kieliszewski. Text messages he sent on his county-owned work phone when he worked at the sheriff’s office show King making violently homophobic jokes with his daughter Kimberly.

In the October 2013 messages, King was texting his family from a wedding. He took a picture of a woman whose dress was being held together with a safety pin, making fun of her.

But Kimberly noticed something in the background of the pic. “Where the heck are you??? Homoland???” she asked in a text message.

Her dad took a picture of a gay couple and wrote: “THESE guys are holding hands, where is my fricken gun.”

“What’s worse. The people are the food?” Kimberly wrote. 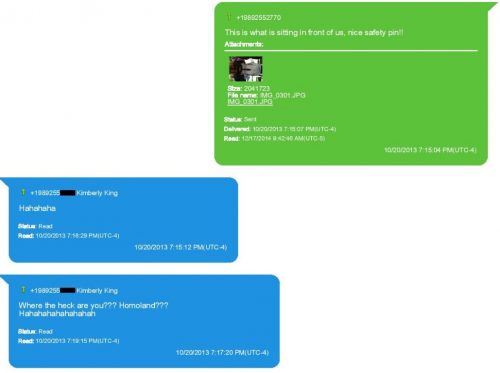 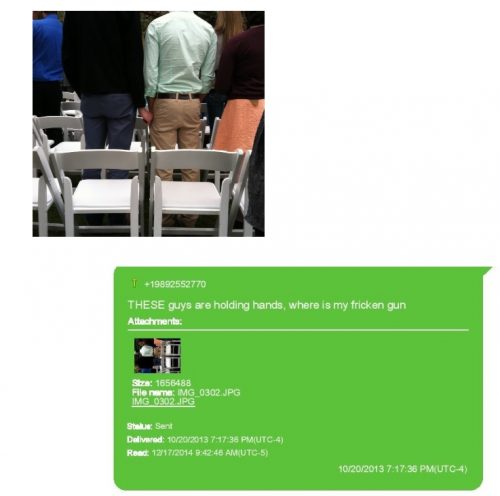 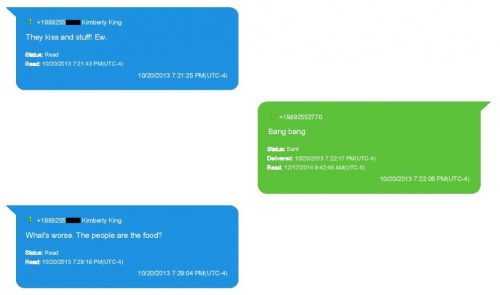 King worked for the Alpena County Sheriff’s Office until June 2019, when he faced multiple accusations of impropriety and Kieliszewski asked for his resignation. King has filed a wrongful termination lawsuit, alleging that he was fired for being a whistleblower.

“He didn’t just give it to a couple people,” Reid told WKBK 11. “He sent them to his wife and his daughter. It paints a different picture because it makes you think, wait a minute, he’s so comfortable with his hatred, that he shares it with his immediate family.”

King has not talked about the text messages, but he posted a video to Facebook accusing his opponent of “dirty politics.”

“We need a strong leader that will not hide behind others,” he said. “I will be a sheriff that will focus on change and what can be done to correct the ignorance in our community, including mine.”