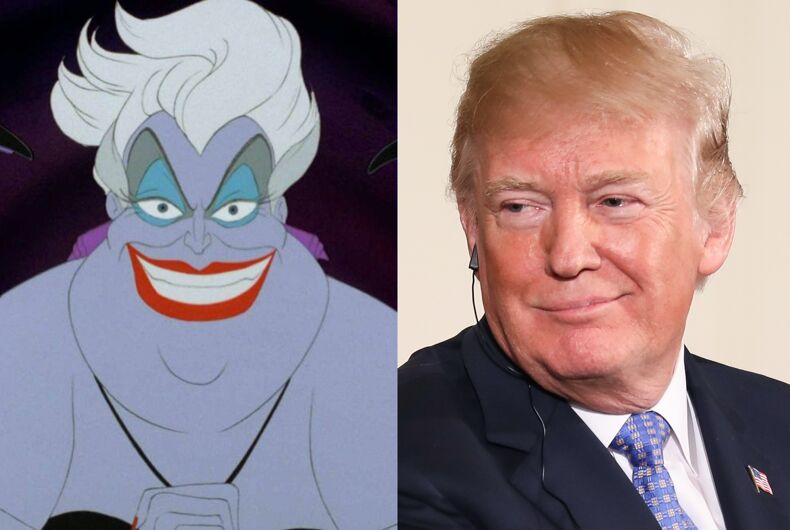 Out satirist Randy Rainbow is back with a takedown of President Donald Trump set to the Little Mermaid song “Poor Unfortunate Souls.”

One of Disney’s most popular characters, Ursula the sea witch, was inspired by legendary drag queen and movie star Divine.

Related: Randy Rainbow wants you to vote & he’s being ‘Wicked’ to prove it

Rainbow points out all of Trump’s awful recent statements and actions as he skewers the president as a “poor deplorable troll.”

The singing sensation has become one of the most popular satirists in modern America with his nonstop political parodies of Broadway numbers. In 2018, Rainbow was nominated for “Sketchy Comedian” in the Queerties and won the award given out by our sister site, Queerty.