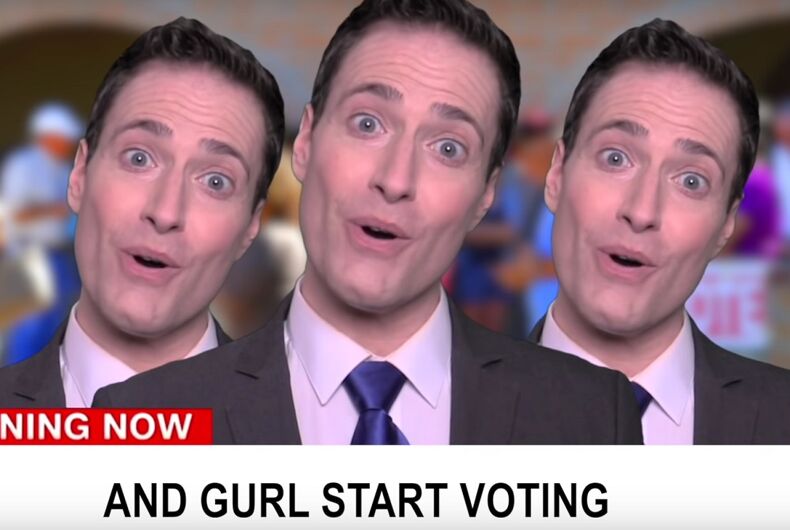 Randy Rainbow told his fans to get out and vote in a parody of “Loathing” from Wicked.

He starts out with an “interview” with Donald Trump saying that his “rallies are meant to be fun.”

“While kvetching and complaining is more fun I know, why not be responsible instead, whether you vote blue or vote blue,” he sings.