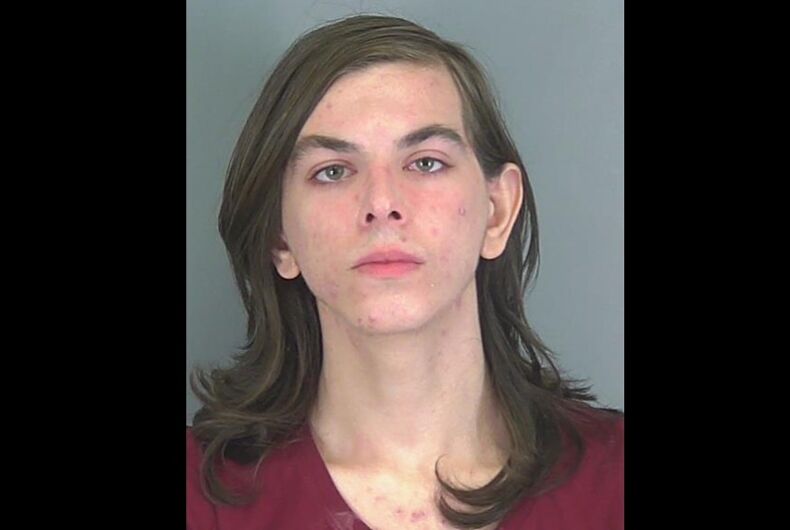 A South Carolina teenager has been charged with making a bomb threat against his school and specifically naming LGBTQ students as a target.

“The ultimate cleansing of all anti straight and non Christians will happen to day at 8:10 at James F Byrnes High School,” said one of the tweets, which is no longer publicly available.

He also sent a private message to another student: “Like I said ik I have seen you at Byrnes and I also know u and ur little group of friends are apart of a lgbt and I hate the lgbt community. So I plan on bombing and shooting up your school today to cleanse everyone that’s not straight or Christian.”

Police say that a school employee reported the tweets to the police after several students had seen them.

The police believed that the person behind the tweets was using a fake name, so they contacted Twitter and got the IP address, which implicated Radford.

The police executed a search warrant at his residence and confiscated his phone.

According to the police report, Radford admitted to making the threats.

Court records show that Radford was charged on October 19.